Kick-off for the 2020/21 Arabian Gulf League is finally around the corner.

After a seven-month hiatus, and September’s false start, competitive football has returned to the Emirates. Last week’s Arabian Gulf Cup ties provided a tantalising taste of what is to come when the top-flight gets under way on Friday, plus the efficacy of strict medical protocols amid the continuing coronavirus pandemic.

Here are the major talking points ahead of another campaign in one of Asia’s premier competitions:

AGL sides, with the notable exception, to date, of Al Jazira, appear to have made judicious use of unexpected downtime.

Interesting additions abound, on both the pitch and in the dugout. A strained period has engendered greater administrative focus, ostensibly creating greater depth throughout compared to the cancelled 2019/20.

Historic peace between Israel and the UAE witnessed livewire playmaker Dia Saba procured as a high-profile replacement for Alvaro Negredo in Al Nasr’s four-player foreign quota. An utterly unprecedented, and intriguing, move for an ambitious side last crowned champions in 1985/86.

Chemistry with naturalised UAE centre forward Sebastian Tagliabue, added on a free transfer after seven historic seasons at Al Wahda, is essential to this aim.

Well-travelled striker Welliton fired the bullets in Sharjah’s shock charge to the 2018/19 crown and is back from Al Wasl after unfortunate serious injury in his friendly debut for Jonathas. Welliton’s hat-trick in last month’s AFC Champions League dismantling of Al Taawoun highlighted the enduring proficiency of this partnership between club and player.

Bullish striker Joao Pedro, on loan from the Western Knights, rocketed in the opener for Thursday’s 2-0 AG Cup victory at Hatta. He was supported by attacking midfielder Nicolas Gimenez, a member of the Argentine top flight’s Best XI from 2019/20, and his ex-Arsenal de Sarandi foil Gaston Suarez.

From the chaos and disruption of coronavirus, stronger rosters look to have been forged.

There are, of course, exceptions.

Jazira’s hiring of coveted director of football – influential in Shanghai SIPG’s 2018 Chinese Super League-success – Mads Davidsen has come in a summer from which no major additions were made. Half their four-player quota is open, an unprecedented situation.

Free agents are now, until January, all that remain available to the Pride of Abu Dhabi. Ex-Nigeria and Standard Liege forward Imoh Ezekiel has been linked.

There is less reason for optimism, however, about Wahda’s new leading man …

The Clarets could be a club inflicted by buyer’s remorse.

Their bold call to end Tagliabue’s landmark affiliation and hire Slovenia striker Tim Matavz has proved a dud, thus far. Blanks in five pre-season friendlies was followed by a memorable spot-kick miss during last weekend’s loss in the AG Cup against Wasl.

These are no ordinary boots that the ex-PSV Eindhoven, Augsburg, Genoa and Vitesse Arnhem hit man is attempting to fill.

‘Tigali’, as his beloved predecessor is colloquially known, netted on 152 occasions during 157 AGL matches in Claret, making him the leading foreign goal scorer in UAE football history. Even getting his name on the score sheet once has appeared beyond Matavz.

With the transfer window closed last week, this should guarantee Wahda and their struggling front man are stuck together until at least January. The 31-year-old is, however, anything but a lost cause.

Boss Rasovic has a reputation for constructing defensively solid teams, preferably in a five-man defence. But this did not stop Pedro smashing in 12 goals in 17 AGL run-outs last term.

Matavz will not match Tagliabue’s unprecedented feats. This does not mean, however, he cannot be a qualified success.

CAN SHABAB AL AHLI DO IT A SECOND TIME?

Shabab Al Ahli could not be blamed for dwelling on the past.

A six-point advantage in the standings was theirs at the pause, this situation made more remarkable by the fact they’d began March by dismissing Rodolfo Arruabarrena when top amid disintegrating results. By June, an extraordinary meeting cancelled 2019/20’s results and halted thoughts of a coronation.

Will this mixture, though, be enough? The 2015 AFC Player of the Year Ahmed Khalil is their only recognised No9 despite his physical fragility, now that Uzbekistan midfield prospect Azizjon Ganiev’s excellent ACL outings forced the misfiring Spanish striker Pedro Conde’s demotion. 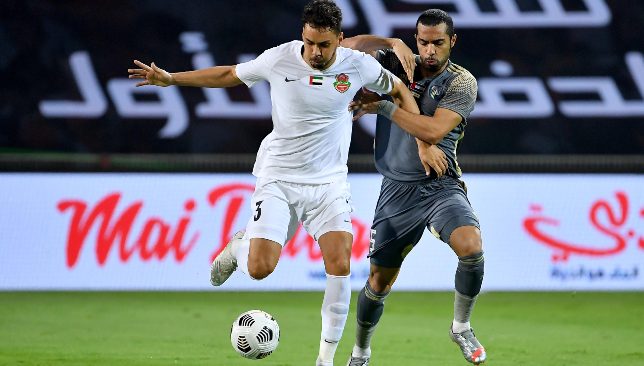 There is also the lingering psychological trauma of being robbed of glory by unforeseen circumstance. A positive, even defiant, response is a must.

Sharjah are not going away, while Nasr look capable of crashing the party. Al Ain’s reserves of UAE internationals provide residual strength, despite doubts about Emanuel and their non-Emirati foursome.

This is without allowing for the randomness exhibited in the early weeks of the Premier League. Could this play into the hands of Bani Yas, or someone else from the midfield all the way down to Kalba?

Tense title races have not been a common feature of the AGL’s 12-year professional era. This season should be different.

Action in the Arabian Gulf Cup should have begun on September 3, only for authorities to call a halt “until next October” 24-hours prior. Such deviations are nothing new – an initial stoppage lasting “up to four weeks” was announced on March 15, with a provisional August return date proposed in April.

Everyone on the planet has come to learn about the fluidity of life amid COVID-19. The Emirates is no exception.

Yet, organisers the UAE Pro League cannot be accused of failing to plan for such eventualities.

Strict medical protocols are in place. Everyone allowed access to football clubs and stadium – with zero match-going fans for the foreseeable future – are tested, while health and safety is key on site.

Masks and hand sanitizer are ubiquitous.

A circular issued last week detailed procedures, in light of positive tests. Squads of 20 players, including a goalkeeper, are needed to compete – 3-0 losses will follow if this cannot occur.

Confusion about cancellation or resumption will not be repeated, either. If the health situation deteriorates before the halfway point it’s the former, while after that mark the standings are taken as final unless not all teams have played the same number of games and a calculation is needed.

The AGL has given itself, both, the best chance of being completed and of navigating troubled waters if it can’t be.

This quintet, again, contains the obvious contenders for demotion amid no new faces from First Division League. 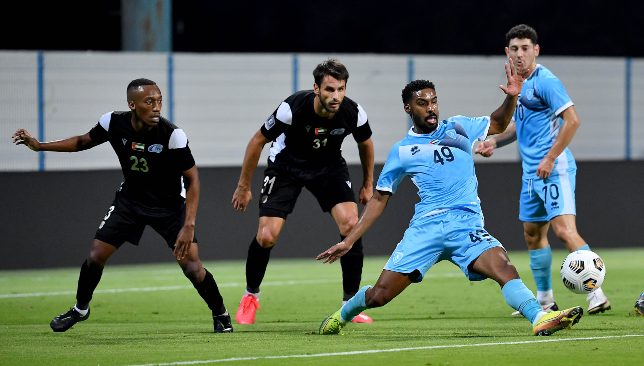 The question now is whether anyone can join them in despair?

Dhafra have lost their methodical coach (Rasovic) and top scorer (Pedro) from the upstarts who were seventh, plus in the President’s Cup showpiece. Wasl, ostensibly, look to have firmer foundations, but meltdowns have been suffered before under Laurentiu Reghecampf.

With the transfer window shut until winter, there are no easy fixes available – unlike in the past – if the early weeks turn into a living nightmare.