A galaxy of stars will take to the field when the 2020/21 Saudi Professional League gets under way, only 38 days since the previous season – halted because of coronavirus for six months – drew to a close. Among their number should be Argentina maestro Ever Banega at strengthened Al Shabab, adding considerably to a desirable mix already containing ex-France centre forward Bafetimbi Gomis, 2019’s global top scorer Abderrazak Hamdallah and former Germany playmaker Marko Marin.

The duopoly between Riyadh rivals Al Hilal and Al Nassr has defined recent seasons. Yet engrossing storylines and top-class players can be found throughout the 16-team division.

Here are the major talking points:

WHAT WILL BANEGA BRING?

Surprise greeted Ever Banega’s decision to seal a future move to Shabab, back in January.

Coach Pedro Caixinha has the enviable luxury of being able to call on one of football’s finest midfielders, the class act in a Sevilla side which defeated Inter Milan – and enraged Antonio Conte – to claim August’s Europa League crown. This is an eye-catching continuation of the General Sports Authority-funded drive since 2018 to procure elite players, at huge cost.

But no matter Banega’s unquestionable quality, question marks remain about what he gets out of this beyond a reputed $10 million annual salary.

Shabab finished a distant seventh in 2019/20, last featured in the AFC Champions League in 2014/15 and won their sixth – and thus far final – SPL crown back in 2011/12. They’ve gained Banega in their engine room, but lost the excellent Abdulmajeed Al Sulayhem to Nassr.

The true worth of departed Algeria centre-back Djamel Benlamri, who endured a fractious 2019/20, is exhibited by this month’s move to Lyon. They must hope Chile and Cruz Azul defender Igor Lichnovsky proves a smart replacement.

More may be needed to bolster an attack which was the 2019/20 SPL’s fifth worst, with 38 goals notched from 30 fixtures.

A notable injection, however, appears to have been secured by Fabio Martins’ loan from Braga. The shaggy haired Portuguese winger registered figures of 12 goals and five assists in 29 Primeira Liga run-outs when at upstarts Farmalicao last season.

Will this be enough to drive into the top three, via a competitive field? Al Wehda look even stronger with Portuguese coach Ivo Vieira at the helm, plus Australia winger Dimitri Petratos and Levante loanee Hernani added.

Shabab require a quantum leap to get back towards the top. In Banega, they believe they’ve bagged the totemic figure to take them there.

BATTLE BETWEEN BLUE AND YELLOW

It is now four years – and counting – since a side outside the capital swept to glory.

This is the longest period of one-city superiority since Hilal, Nassr and Shabab shared the trophy between themselves from 1988-97.

Everything, inexorably, points towards this current run being extended in 2020/21. The question is whether Hilal will hail a fourth title in five seasons come May, or usurped Nassr will be back at the Saudi summit?

The holders are yet to undertake any transfer business of note ahead of November 6’s deadline, with back-up striker Saleh Al Shehri’s loan from Raed being made permanent for $2.7m and ex-Saudi youth international Fawaz Al Torais bought from Ettifaq for $1.3m.

There is also the distraction provided by last month’s enforced elimination from the 2020 ACL, bringing a sorry end to their continental reign. Coronavirus infections within their camp in Doha impacted more than 30 members of their travelling party and a side could not be fielded for the final group game versus Shabab Al Ahli Dubai Club.

But Hilal are attacking from a position of strength. Their 72 points and 74 goals scored were the most ever recorded by a Saudi outfit. 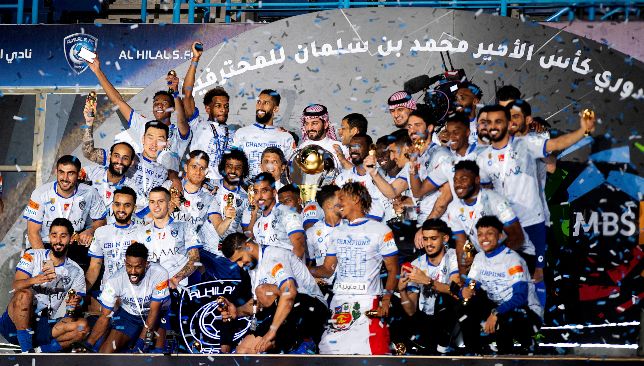 This helped secure an eight-point winning margin reflective of their dominance, Gomis remains in situ after a two-year contract extension was inked in May and the spine of Saudi Arabia’s national team is – for now – still taken from them. Coach Razvan Lucescu has, also, proven an utterly inspired addition, reclaiming SPL supremacy and ending a torturous 19-year wait to be crowned Asian kings once more.

Nassr, meanwhile, have recruited aggressively in response to ceding their domestic standing.

But Nassr are nursing their own Asian heartbreak. Smooth progression into a first ACL showpiece appeared certain this month in Doha, only for depleted Persepolis of Iran to stun them on penalties in the semis.

It would take a brave man to believe anyone outside Riyadh’s city limits will be lifting the SPL title. Similar courage is a necessity to highlight whether it will be Hilal or Nassr who emerge victorious.

SAUDIS TO SMASH THROUGH THE CEILING? UNLIKELY

The Saudi game has been graced by the presence of a multitude of outstanding foreigners since the floodgates were opened with 2017/18’s increase from four to seven.

Italy schemer Sebastian Giovinco, Australia goalkeeper Brad Jones, Peru wide man Andre Carrillo and Morocco enforcer Karim El Ahmadi are among those to have, substantially, raised the bar. This has, however, come with the caveat of throttled opportunity for indigenous footballers.

Worryingly for Saudi coach Herve Renard ahead of next year’s resumption of World Cup 2022 qualifying, this problem only grew in 2019/20. There is little reason to think any solution has been offered for this term, either.

Hilal winger Salem Al Dawsari’s combined tally of four goals and seven assists was only the joint-21st highest. He was the solitary Saudi inside the top 30.

Al Shehri notched 17 (16 goals, one assist) in 2018/19 for Raed, to sit sixth. His reward was a wasted season on the sidelines at Hilal, a loan now made permanent.

The striker was, also, one of seven countrymen inside the top 30. 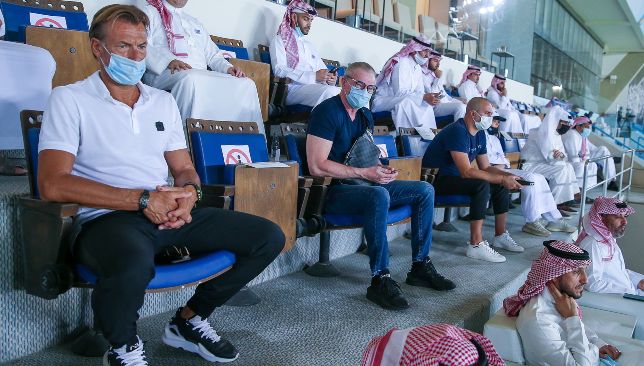 Continental competitors Japan, South Korea, Australia and Iran all regularly export footballers to Europe, plus have domestic leagues packed with locals posting huge numbers for assists and goals. There is a very real risk of being left behind.

Great faith has been placed in the emergent Abdullah Al Hamdan cementing a berth up top for Shabab. The 21-year-old, though only notched three times in 19 top-flight fixtures in 2019/20 – Senegalese striker Makhete Diop doubled this tally in 13 matches upon his winter arrival from Beijing Renhe.

Caixinha cannot wait for Al Hamdan to come good. Not with 16 managerial changes made last season.

Nassr have invested in pre-season to add several talented Saudis to an already bountiful mix. But this monopoly on the next generation could further strangle chances of regular minutes.

Right-back is where it is most pronounced, with the emergent Al Khalaf now competing with Saudi first-pick Sultan Al Ghanem.

This is a problem which will only stiffen with time. Will the Saudis pay the price in the 2022 process?

CAN JEDDAH GIANTS GET BACK ON TRACK?

President Anmar Al Haili also spoke in May about debt of “more than 200m riyals”, while striker Aleksandar Prijovic was sentenced to three months of house detention in April for flouting coronavirus rules in his native Serbia.

Only the brilliance of Brazilian forward Romarinho and timely return of home-grown star Fahad Al Muwallad after a doping ban could guide Fabio Carille’s disjointed squad to safety upon the final day, from 11th. 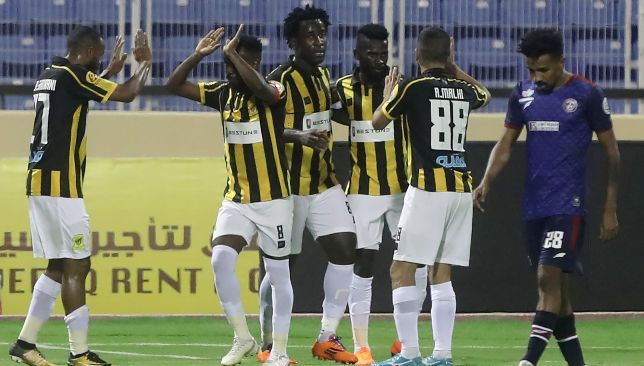 Brighter times, could, lie ahead of Ahli. The picture looks less rosy for Ittihad.

These are solid additions of the calibre that will, surely, please Milojevic. This should keep them behind Hilal and Nassr, but ahead of the group on their tail – especially if the iconic Al Somah keeps firing.

Ittihad have brought Prijovic back into the fold and signed Brazilian midfielder Bruno Henrique from Palmeiras for €4m. They still, however, lack quality on the flanks and at centre-back.

Footballers of note are found scattered across the Kingdom.

But certain sides, inevitably, are destined for a tough spell.

Al Ain look like fodder in their first SPL season, minnows Abha will rely on the output of Tunisia magician Saad Bguir again to keep them from trouble and Al Fateh have done little maintenance on the roster which just stayed up. 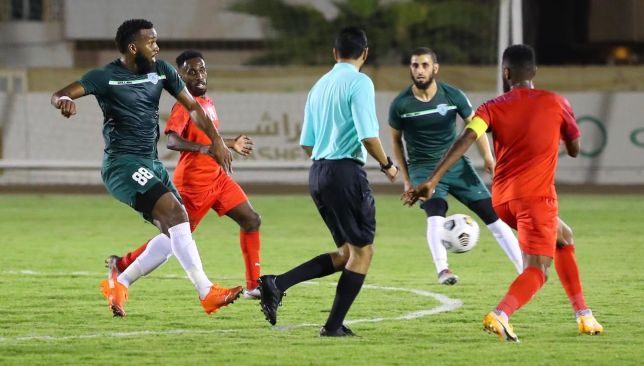 There will be twists and turns. Promoted Damac spent 27 match-weeks in the drop zone and only crept out at the death, with shock 2012/13 champions Fateh surviving despite residing inside the bottom three for 23 match-weeks.

Painfully for Al Fayha, they were safe from match-weeks seven to, decisively, 29.