Compiling an all-time XI is never the most straightforward of tasks, especially for a country which has a rich cricket history like Australia.

As such, we have enlisted the help of our social media followers to pick an all-time XI. More than 30 players were taken into consideration as we threw open the voting floor.

Here is the all-time Australia Test XI based on the choices of our followers, along with the choices considered.

Despite making his Test debut in 1994, Australia would not see the best of Matthew Hayden until the tour of India in 2001.

An imperious tally of 549 in the three-Test series against India proved to be the catalyst for Hayden’s rise as one of the best openers in history.

A towering presence at the crease with powerful shoulders, the left-hander amassed 30 Test tons over his career, including a memorable 380 in a single innings against Zimbabwe.

Only England’s Alastair Cook has scored more Test runs than Hayden in an opening position. 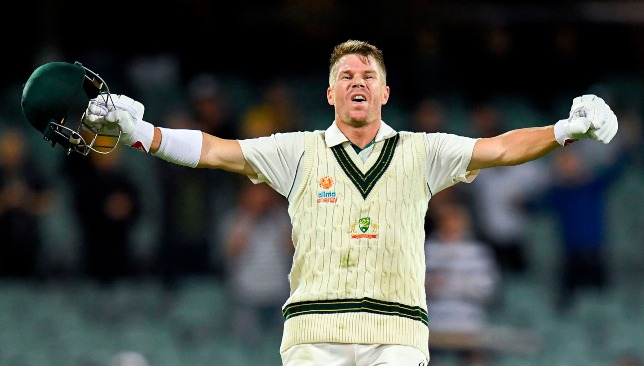 While Hayden forged a stellar opening

ONE VP joins Sityodtong as advisor in The Apprentice

MANILA, Philippines—Niharika Singh, the ONE Championship Vice President and Head of Product, will have another role with Chairman and CEO Chatri Sityodtong, albeit in more televised production.

The 31-year-old MBA graduate spent countless of hours in the boardroom with Sityodtong and this familiarity with the mixed martial arts boss that made her the perfect advisor in The Apprentice: ONE Championship Edition.

Singh, who graduated from IIT Delhi and IIM Bangalore, will have an advisory role to Sityodtong and help assist the chairman in judging the 16 contestants in the show.

“As Chatri’s advisor, I will be his eyes and ears, even behind the scenes,” said Singh. “So you can expect me to be constantly observing and assessing the candidates. I will be present when Chatri delivers the tasks, will acutely observe candidates during the tasks and will play a part in the final decisions made in the boardroom.”

“I have worked extensively with Chatri, so I know how he works, how his mind works, and what he looks for when he is hiring.”

Singh began her professional career as a consultant to McKinsey & Company, then moved to Indian startup Treebo Hotels before moving to Singapore and joining ONE Championship in mid-2019.

“I will be following and observing the candidates throughout the tasks and will be relaying my feedback to Chatri,” said Singh.

“As an advisor to him, I will be candid in my feedback and will strongly and publicly air my opinions. In short, if any candidate wants to get to Chatri, he or she will need to get through me first.”

Tiger Woods, LeBron James, Lionel Messi and Roger Federer are generally most people’s pick of favourite athletes, those magicians who can light it up on any given day.

These sport stars make the difficult look easy, stay composed in those high pressure moments, and can see the game a fraction of a second faster than their opposition.

However, few of those players have had a significant impact on me on a personal level. I’m a keen admirer of these athletes, love seeing them in action, but that pure infatuation for a particular individual has left me, especially as I’m getting older.

As a football fan, Leeds were my favourite team during my early years. While Manchester United were winning Premier League titles, what hooked me towards Leeds was the vast number of Irish players plying their trade at Elland Road.

While all my friends sported Manchester United, Arsenal or West Ham jerseys around my home town of Bray, I donned my Leeds shirt with pride, that blue and yellow one with number three on the back. Ian Harte.

I couldn’t keep my eyes off the Louth man, the black haired left-back running, moving far more outlandishly than his team-mates in an attempt to liven the game up. I wasn’t used to seeing left-footed defenders at the time, especially Irish players.

Of course, Zinedine Zidane, Thierry Henry, David Beckham and Ronaldo were the marquee names back then, the players most of my friends aspired to me. However, as a left-back, my passion always moved towards my compatriot.

I spent hours hammering the ball against the wall in my estate, pretending I was Harte. I dreamed of scoring those free-kicks, bending in those inch perfect corners and unleashing those razor-like passes with my left