FILE — Spectators leave the venue during a round of fireworks at the opening ceremony of the 2018 Asian Games in Jakarta on August 18, 2018. (Photo by Anthony WALLACE / AFP)

The capital cities of Doha and Riyadh are the two bidders to meet the entry deadline, the Olympic Council of Asia said Thursday.

The sporting rivalry extends from a political one that intensified in 2017 when Saudi Arabia and regional allies imposed an economic and transport boycott on Qatar, the host of football’s 2022 World Cup.

OCA members are set to pick the Asian Games host on Nov. 29 at a meeting in Sanya, China.

Doha staged the Asian Games in 2006, and Saudi Arabia has yet to host the multi-sport event.

“With these two bids for the 2030 Asian Games we now have stability and continuity in our sports movement for the next decade,” OCA president Sheikh Ahmad al-Fahad al-Sabah said in a statement.

The next Asian Games editions are in 2022 in Hangzhou, China, and in 2026 in Aichi-Nagoya, Japan.

Sheikh Ahmad continues to lead the Asian Olympic body while self-suspended as a member of the International Olympic Committee and leader of the global group of national Olympic officials, known as ANOC.

The Kuwaiti sheikh has been indicted in Geneva and is facing trial in a forgery case.

The British boxer remains determined to set up a fight against the WBA World welterweight champion despite their long-entwined history.

“I want to fight against Manny Pacquiao, he’s the champion,” said Khan in an interview with beIN SPORTS’ Allo beIN h/t BoxingScene.com. “I want to reach the level that I can fight against anyone without fearing anything.”

“Why not Qatar host the event, as it’s already prepared for the 2022 World Cup? I love Qatar and I loved my last stay there.”

“I like to box, I’d love to continue boxing.”

Khan was Pacquiao’s sparring partner for several years in the early 2010s. Pacquiao went 10-3 in his World title fights including controversial losses to Timothy Bradley and Jeff Horn while Khan has racked up a humble 4-4.

The Filipino icon also held three World titles from 2010 to 2019—the WBO and WBA World welterweight straps and the WBC super welterweight championship—while Khan hasn’t held a top belt since losing the WBA and IBF super lightweight crowns to Lamont Peterson in 2011.

But this hasn’t dampened Khan’s desires of fighting Pacquiao, floating the idea back in 2019 but contracts have yet to be signed or even printed.

“Am I going to fight again? I don’t know. I’m in two minds. Should I fight? Financially, I’ve done very well for myself,” said Khan. “Do I need to do one more fight which could ruin my whole legacy? I don’t know the answer.”

Compiling an all-time XI is never the most straightforward of tasks, especially for a country which has a rich cricket history like Pakistan.

As such, we have enlisted the help of our social media followers to pick an all-time XI. More than 30 players were taken into consideration as we threw open the voting floor.

Here is the all-time Pakistan Test XI based on the choices of our followers, along with the choices considered.

Elegance oozed though Saeed Anwar’s batting style, with the left-hander’s superb timing and placement being his hallmark. His career actually started off in disastrous fashion, with the opener bagging a pair on Test debut against the West Indies in 1990.

He wasn’t given another Test outing until 1994, and he bounced back with a bang in a 169-run knock against New Zealand at Basin Reserve. With 11 tons in just 91 innings, Anwar had established himself as one of the best openers in the business. Sadly, a personal tragedy forged the batsman to retire prematurely from the game in 2001. Although he did make a comeback in the ODI format, Anwar would not play any more Tests for Pakistan. 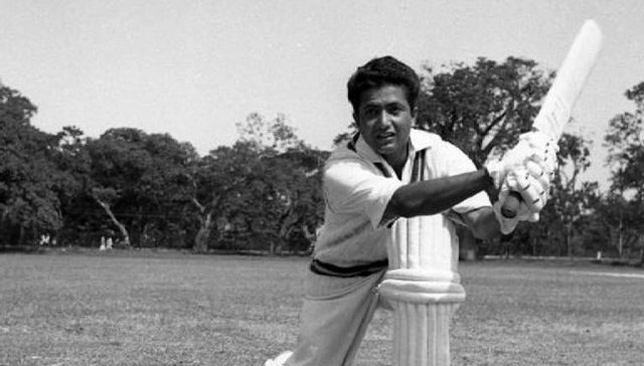 There was hardly anything Hanif Mohammad couldn’t do on the