September saw a staggered return to consciousness for European football after a brief slumber and it was a month filled with epic drama.

Key protagonists came to the stage, and in some leagues were even greeted by the welcome return of a live audience.

Although some competitions are slightly ahead of others in their respective schedules, we’ve seen enough to pick out 10 of the best players from Europe’s Big Five leagues.

Two from each division have been selected and you can vote through our Instagram Stories for the player most deserving of September’s Player of the Month award.

To help with the decision process, here’s a closer look at the contenders.

Back in March Carlo Ancelotti confidently claimed that Calvert-Lewin could become one of Europe’s best strikers and he was met by a sea of faces raising their eyebrows. The striker struggled during ‘Project Restart’ and the furrowed brows became more intense. But at the start of this season, eyebrows have dropped and so have jaws. With a stellar midfield cast headlined by James Rodriguez, DCL has focused his efforts inside the box and it’s paid off handsomely with five goals in three games. His bullet header pierced Spurs while a first career hat-trick arrived against West Brom before he tapped home in a win over Crystal Palace. 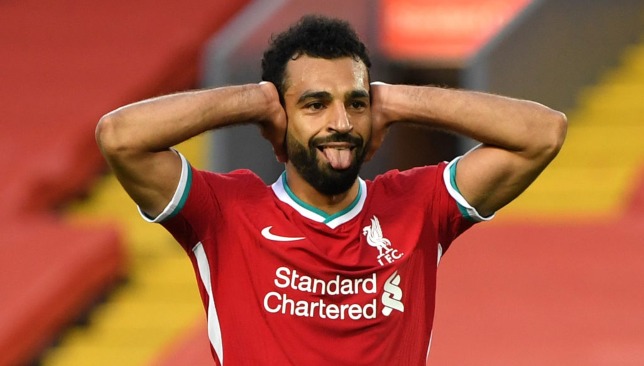 Calvert-Lewin was an obvious pick, but there were several players in consideration for the second Premier League slot. Salah just edges out the likes of Heung-min Son and Jamie Vardy who out-produced him in front of goal because quite simply, the eye exam supersedes the maths. The Egyptian has returned charged up by the slight of being left out of last season’s Premier

Fantasy Premier League: Patrick Bamford is a bargain and expect Kevin De Bruyne to bounce back in GW4

The start of this Fantasy Premier League season has been wildly unpredictable and we’ve still got Gameweek 4 to deal with before being allowed a little breather with the international break.

We have a bit more data to work with thanks to the League Cup games and hopefully that’ll help us go into the break with a few big green arrows.

Here are a few tips to help guide you through GW4.

Kevin De Bruyne rarely blanks two weeks in a row and really shouldn’t be kept at bay by a Leeds United side determined to approach every Premier League challenge before them fearlessly.

A famous upset is not beyond Marcelo Bielsa’s men but a clean sheet against City just might be. No team has conceded more than the 50 shots they have this season and in De Bruyne they face the league’s premier playmaker who leads the way with 4.5 key passes per game.

Pep Guardiola’s side will be determined to bounce back from their 5-2 defeat to Leicester City and De Bruyne, who is also on penalties, has looked sharp during their opening two fixtures.

DANNY INGS (8.4m) has continued his goal-scoring form from last term and appears to have taken over penalty duties from James Ward-Prowse. West Brom have faced the second-most shots in the league [49] and despite their attacking verve, look increasingly soft in defence.

DOMINIC CALVERT-LEWIN (7.4m) takes on a Brighton side that’s proved to be rather formidable at the back early on this season despite conceding

A sequel to the comedy “Borat” has been purchased by Amazon Prime and is expected to hit the streaming platform before November’s U.S. election, a source familiar with the deal told AFP Tuesday.

The movie will see British comedian and actor Sacha Baron Cohen reprise his cult-favorite role as a bumbling and politically incorrect reporter from Kazakhstan, after nearly 15 years.

The 2006 original, “Borat: Cultural Learnings of America for Make Benefit Glorious Nation of Kazakhstan”, grossed more than $260 million, winning over critics and spawning endless catchphrases among devoted fans. It even earned an Oscar screenplay nomination.

According to Deadline, the follow-up movie was shot covertly with minimal crew as soon as coronavirus restrictions eased this summer in the U.S. and overseas.

The original saw Cohen’s fictional and homophobic journalist blundering across the U.S. in search of cultural enlightenment — with the joke at the expense of Americans, who nevertheless lapped it up at the box office.

The sequel will again see Cohen “going undercover to get people to reveal their true selves and their often unflattering biases, with only the slightest provocation,” the Deadline report said.

Cohen — who also made the 2012 movie “The Dictator” starring himself as a Moamer Kadhafi-style despot — was recently seen pranking public figures in the TV series “Who is America?”

In one memorable scene from the show, Cohen hoodwinked Republican politicians into