Creativity, focus, and style were in full display last Friday as vivo launched the V20 series via an entertaining and interactive live stream posted on its Facebook page.

The online launch filled with vibrant colors and visuals, hinting at the beautiful design of the V20 series, featured the “Creative It Kids” composed of creative fashionista Verniece Enciso, creative explorer Marvin Fojas, and creative viral sensation Dora Dorado, tech blogger Isadoestech, famed gamer JunnieBoy, and phenomenal star Maine Mendoza as they highlighted the fabulous features of the latest addition to the V-series and emphasized its role in helping them stand out and “Be the Focus”. 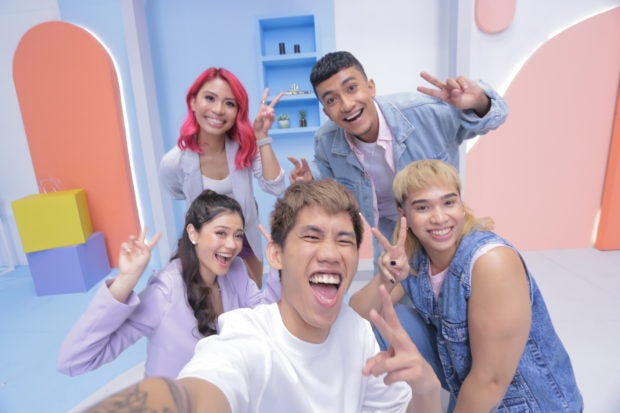 Hosted by Radio DJ Show Suzuki, the launch began with a Q&A portion featuring the Creative It Kids who revealed how they expressed themselves freely and allowed their ingenuity to shine and stand out even in a crowded digital sphere.

This was followed by a reveal of the V20 series’ innovative specs such as the 44MP Auto Focus selfie camera, the 64MP flagship level rear camera, and the ultra-sleek and thin design which were detailed by vivo community manager Jose Palabyab. In this segment, Palabyab signified that the vivo V20 Pro is the thinnest 5G-capable smartphone in the market.

These specs were featured in full display as Isadoestech and JunnieBoy discussed the smartphone’s powerful performance, gaming capabilities, and how these can give users a great advantage in content creation and gaming.

Perhaps the main highlight of the event, the Creative It Kids along with Isadoestech and JunnieBoy were divided into two teams and went head to head for an entertaining “Snap Showdown Challenge” which was judged by vivo ambassador Maine Mendoza. The two teams, Team Verniece and Junnie Boy and Team Marvin and Dora, competed in three challenges that utilized the V20 series’ selfie camera, rear

MANILA, Philippines—Nowadays, Norman Black is best remembered as one of the best coaches in the Philippines, but back in the 1980s he was the PBA’s best foreign player.

Black, who was an absolute beast during his playing days in the PBA, achieved that milestone when he scored 42 points in San Miguel’s losing effort to Añejo.

Scoring 10,000 points in a PBA career is an impressive accolade but Black reminded everyone that he had more.

“I just want to be known for being productive, being a winner, and I’m very proud of scoring 10,000 points but I think I had more than 11,000” said Black with a laugh after his Meralco Bolts turned back NLEX 101-92 in the PBA Philippine Cup.

Black, whose nickname was Mr. 100%, didn’t just rack up personal accolades as he was also a two-time champion as a player and an 11-time title winner with three of those bundled as the 1989 Grand Slam.

After his legendary stay in the PBA, Black moved on to the collegiate circuit and coached Ateneo to five straight titles from 2008 to 2012.

With his playing days way behind him, Black said that other imports may very well match his point total.

“Someone may break that record, it could be Justin Brownlee or Allen Durham,” said Black, whose highest scoring average for a season was 51.8 points back in 1981.

Reaching Black’s total, however, could be difficult for Brownlee and Durham who have totals of 3,851 and 2,512 points, respectively.

In an Instagram Live stream, the Hall of Fame boxer said that he’s ready to go up the top stars of the sport once he gets back to the ring after 12 years of being retired.

“I really am considering making a comeback. I have been training. I seriously feel incredible. I feel amazing. With me, I always fought the very best, and why not?” said De La Hoya, h/t BoxingScene.com. “If I make the comeback in the first quarter of next year, by the way, I have slimmed down 20 pounds, it’s going to be against the very best, like always.”

“None of this ducking fighters like the way fighters duck everyone today. They make it impossible because they price themselves out. It’s a huge problem.”

De La Hoya last fought professionally in 2008 when he quit on the corner against Manny Pacquiao. His resume, though, was nearly unparalleled as he was once the only fighter to have won World titles in six divisions—a feat that the Filipino ring legend ultimately surpassed when he conquered eight.

Since retiring, De La Hoya has been busy with his company Golden Boy Promotions and helped shape the careers of four-division champion Canelo Alvarez and rising star Ryan Garcia.

Despite his executive role, De La Hoya is eager for a return a la George Foreman.

“George Foreman did it, and I think I can do it as well … I feel like a