Audible launching free podcasts: What difference does it make for me?

Audible recently announced that it was offering access to 100,000 audio programs for free on its platform. Image: MixMedia / IStock.com

American tech giants have recently invested twice as much in podcast productions. While some worry that podcast downloads may go down because people are working more from home, and spending less time commuting, Audible is trying to stand out by offering 100,000 audio programs (3 million episodes) for free on its platform.

The Amazon company, mostly known for its audiobooks, already gives access to hit podcasts such as “Pod Save America,” “You’re Wrong About,” “This American Life,” “Conan O’Brien Needs a Friend” and “FiveThirtyEight Politics.” Now Audible has announced that other titles will be available on its platform in the coming weeks, with exclusive content.

This new portfolio of 100,000 programs is still relatively thin compared to Apple Podcasts’ and Spotify’s, which respectively host 1.5 million and 1 million audio programs on their platform. However, Audible is all set to shake their hold on the market.

“Audible extends its commitment to quality audio storytelling and listeners now have access to a wider range of innovative and thought-provoking content even beyond our growing library of Audible Originals and our unparalleled catalog of audiobooks—all in one place,” said the Amazon company in a statement.

The new strategy follows Amazon Music’s entry into the podcast industry in September, when the musical streaming platform announced it was giving access to over 70,000 programs to its users throughout the U.S., U.K., Germany and Japan. In order to stand out from its competitors, Amazon Music offered original content like a podcast produced by DJ Khaled as well as one from Will Smith and Jada Pinkett Smith.

The e-commerce giant is not the only one on the market aiming at becoming “the Netflix of podcasting.” Netflix

MANILA, Philippines—Nueva Ecija will be down one man as Juan Gomez de Liaño is expected to be sidelined with an ankle sprain forcing him to sit out the Grand Finals of the 2020 Chooks-to-Go Pilipinas 3×3 President’s Cup.

The Rice Vanguards, the third seed in the road to the ‘Million Peso Game’ on Friday, has decided to sit out Gomez de Liaño so as to preserve the young guard’s future.

“There’s so much to risk about his future,” said Nueva Ecija playing team manager Jai Reyes. “Although this as a major tournament for us and we really want to win, it’s unfair to him if we force him to play.”

Nueva Ecija will instead have Reyes, Gab Banal, Mac Sabellin, and Tonino Gonzaga for the games.

Gomez de Liaño sprained his right ankle in Leg 2 and was ruled out for the next two legs.

Nueva Ecija, however, determined that the 20-year-old is has not fully recovered.

“He wants to play, but the assessment was he still hasn’t recovered fully,” said Reyes. We don’t want to risk everything.”

Manchester United host Arsenal at Old Trafford in the big match of Gameweek 7 while Liverpool and Tottenham have appealing home encounters with West Ham and Brighton respectively.

Here are a few tips to help guide you through GW7.

Harry Kane [10.9m] is a viable captain candidate every week at this point. Having only blanked in GW1 so far, his consistency is unparalleled. However, with four double-figure hauls in his last five GWs, Son Heung-min warrants the captain’s armband this week.

The Spurs midfielder is the highest-scoring player in the game with 69 points. No player has mustered more bonus points than the South Korean either [10]. Tottenham host a Brighton side this week that is yet to keep a clean sheet this season.

MOHAMED SALAH (12.4m) is also an excellent choice if you’re staying away from the Spurs duo. He’s only blanked twice this term, is on penalties and leads the league for shots inside the box per game at 3.7.

WILFRIED ZAHA (7.3m) looks like he’s flourishing as the main man for Crystal Palace, scoring in consecutive GWs. He’s the third highest-scoring midfielder in the game but the fact that he faces Wolves away this time around makes him a bit of a risk. 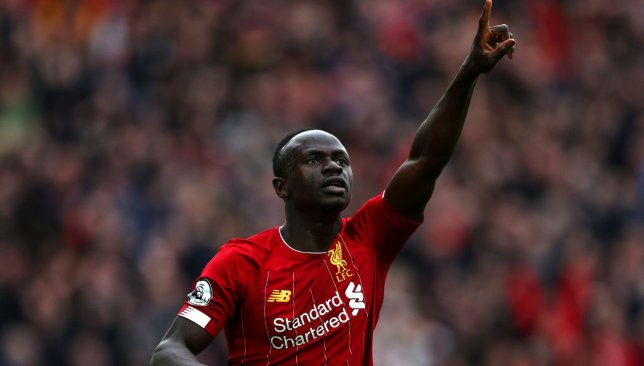 Sadio Mane has quietly gone about picking up points this season.