Fine strikes from Caio – at his former stomping ground of Hazza bin Zayed Stadium – and the peerless Igor Coronado witnessed Al Ain beaten 2-1 by the former. Free-scoring Bani Yas, however, would end the weekend in first place thanks to a 5-0 rout of pointless Khor Fakkan shaped by a fifth-minute red card for visiting defender Kouame Autonne, plus spot-kicks from Argentines Gaston Suarez and Nicolas Gimenez.

Ajman and Hatta got off the mark via a goalless draw, while Al Jazira – without injured 2016 AFC Player of the Year Omar Abdulrahman – left it late to beat Ittihad Kalba 2-0.

Here are three standout performers and a talking point:

PLAYER OF THE WEEK

This attention was met with a breakthrough display in Thursday’s Bur Dubai derby. Budding chemistry with Tagliabue saw the pair exchange assists, Saba’s looped pass which sent the UAE centre forward clear to tee him up laced with unalloyed genius.

The playmaker has the ability to transform Nasr from also-rans to credible title contenders.

GOAL OF THE WEEK 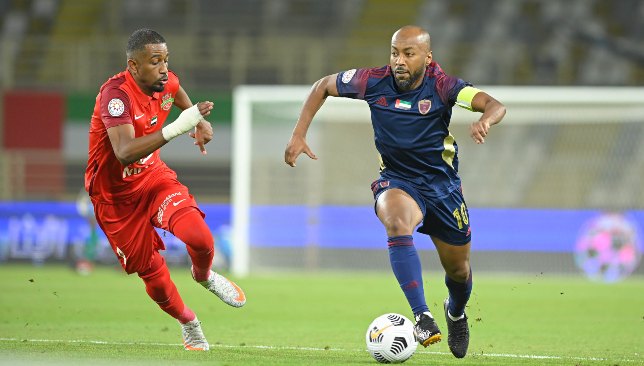 Like a vintage sports car, the 37-year-old’s lasting speed off the mark caused him to breeze past four – much younger – Shabab Al Ahli opponents throughout a breathless 40-yard dash. A refined technique, which never leaves those touched by true greatness, then saw him strike high past the helpless Majed Nasser with his left foot, from the edge of the penalty box.

‘Legend’ doesn’t do full justice to the forward’s lasting ability to colour matches with vibrant flashes of brilliance. UAE boss Jorge Luis Pinto must be watching…

COACH OF THE WEEK 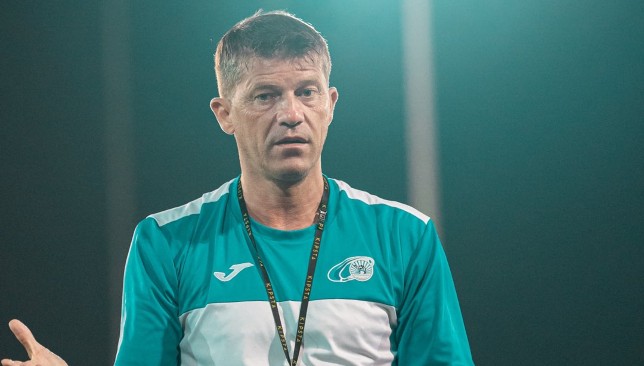 A 5-0 walloping of limited opposition reduced to 10 men from the fifth minute, which contained two penalties, shouldn’t be enough to justify meriting this round’s premier tactician.

Yet the manner of another emphatic victory versus sorry Khor Fakkan by the sublime Sky Blues underlined their ex-Romania Under-21 boss’ profound early impact. Bani Yas plodded through 2019/20, German veteran Winfried Schafer leading a pedestrian side to ninth in time for March’s cessation.

Statistical analysis has become an increasingly prominent discipline in professional football – the AGL is no different.

This round featured a number of remarkable displays. The key now is deducing whether these were one-off anomalies, or evidence of enduring themes.

A basic look at the performances of Al Dhafra and Sharjah shows sides who were, frankly, pummelled.

The Western Knights were out-shot 20-4 by Fujairah, plus earned only 33-per-cent possession. Sharjah, meanwhile, ceded 70 per cent of the ball and had 10 less attempts (25-15) than Al Ain.

These results should not be labelled as outliers. Dhafra were 2019/20’s dark horses and Sharjah are the 2018/19 champions.

The same, however, cannot be said of Shabab Al Ahli. Structural issues, rather than tactical ones, were at play in the stalemate at Wahda.

A return of six attempts on target from 21 bore all the hallmarks of obvious weakness – the lack of an established No9.

Brazilian teenager Igor Jesus netted within four minutes of their AGL kick-off at Ittihad Kalba, though hasn’t struck since. Ahli gained more possession and made more attempts versus Al Ain and Wahda – they’ve only two points to show for such dominance.

Would the 2019/20 leaders have been better served retaining Spanish striker Pedro Conde in their foreign quartet, rather than adding Cape Verde winger Heldon who started on the substitutes’ bench at Wahda? A strategic call which could hamper them until the winter transfer market, at least.