Leaders Al Hilal could wrestle the crown from neighbours Al Nassr during match-week 28, thanks to their six-point advantage. Promoted Al Adalah, in contrast, are in need of a miracle to avoid becoming the first side relegated this term.

Intrigue also abounds in both halves of Jeddah as Al Ittihad and Al Ahli tumble on.

The blue tickertape and fireworks are not, quite, ready to fly into the Riyadh night.

Hilal remain poised to add the SPL crown to November’s cherished 2019 AFC Champions League success. They are not making light work of it, but a six-point gap with three fixtures to fulfil should be more than enough after Tuesday’s late show versus Al Faisaly.

More disappointment had appeared imminent in the wake of last week’s 2-1 reversal at Ahli. Bafetimbi Gomis and Omar Khrbin then demonstrated the depth of talent within Razvan Lucescu’s ranks, seeing off their AFC Champions League chasing opponents 2-0 on a night the club bid farewell to Shabab Al Ahli Dubai Club-bound Carlos Eduardo after five years of exceptional service.

Al Hazem sit second bottom and should, on paper, threaten little. A recent record of one win, two draws and six defeats has hurtled Andre’s charges towards the drop zone, with a repeat of 2018/19’s emergency rescue in the relegation play-off no longer an option.

A 91st-minute leveller from Italy maestro Sebastian Giovinco, however, was required by Hilal in December to avoid an embarrassing defeat in the reverse fixture. With only two points separating Hazem from security, there is ample encouragement to summon a similarly defiant display.

Hilal cannot claim their third SPL trophy in four seasons, this round, unless they better Nassr’s result, courtesy of October’s 2-1 derby loss. But they should take another significant step towards securing it. 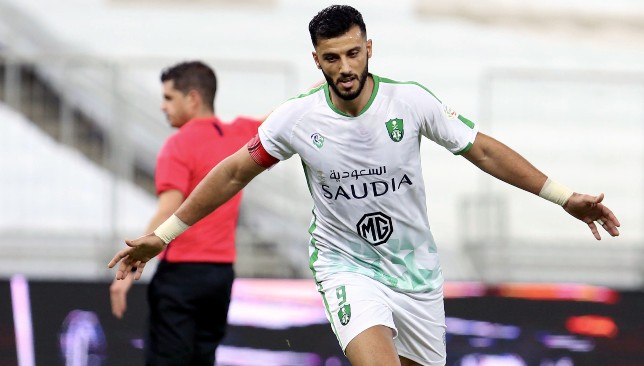 Ahli resemble a car sliding out of control, coach Vladan Milojevic wrestling with the steering wheel and trying to avert impending disaster.

A serene opening to the restart saw them motor up into third on the back of twin victories – a finishing spot from which they would reach the AFC Champions League, via a play-off or automatic berth, without worrying about the vagaries of the King’s Cup. Pot holes, however, on and off the pitch have begun to appear.

The latest is, potentially, the gravest. Star striker Omar Al Somah is reported by @DawryWaleed to want out, a dreaded scenario which would deny them the iconic scorer of 165 goals in 182 run-outs.

This story has appeared on the back of a momentum-sapping 2-1 defeat at third-bottom Damac, a result to squash unbridled joy after downing runaway leaders Hilal.

It is difficult to know what, now, to next expect from seventh-placed Al Shabab. Pedro Caixinha has witnessed seven points dropped from the last nine, with only Colombian winger Danilo Asprilla sparking into life.

The same player was on target in December’s 1-0 triumph in this game.

Ahli remain third. They must navigate an increasingly troubled course to hold onto it. 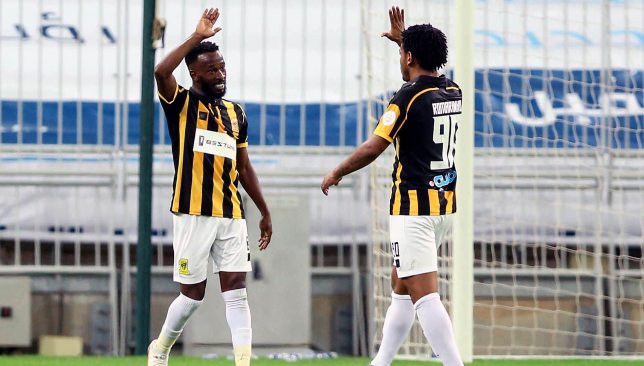 Al Fateh and Al Ittihad sit on the precipice of the bottom three, one point and two points – respectively – ahead. Both have won two and drawn one of their last three fixtures, both possess growing confidence that troubled campaigns won’t receive the ultimate punishment.

Fateh have only spent four rounds outside of the relegation places, while Ittihad only fell in at match-week four and soon wrenched themselves clear. Further slip-ups at this stage, however, could be fatal.

This double act can hurt any team in Asia, let alone the SPL’s sixth-leakiest rearguard in Fateh (44 goals conceded). A further trio were let in during Monday’s epic 4-3 downing of Hazem.

This scoreline, however, showcased the character within Yannick Ferrera’s ranks. Expect another gripping contest on Sunday.