The enticing prospect of late drama, at both ends of the table, should strengthen or ebb away throughout an intriguing match-week of the 2019/20 Saudi Professional League.

Leaders Al Hilal’s advantage was pegged back to six points last time out in a consequential 2-1 defeat at AFC Champions League-chasers Al Ahli Jeddah, a result which lifts Al Nassr’s distant dream of retaining their trophy. Promoted Al Adalah, however, have been cut adrift at the bottom and require an unlikely victory this round to stay alive, if results go against them.

Here is a trio of must-watch matches:

The greatest was witnessing ex-France international Bafetimbi Gomis collapse, because of a pre-existing condition, in the early runnings. “We will continue to fight for @Alhilal_FC to be champion” was the defiant message that came back from the 20-goal striker, who recovered to play on as Nassr-bound Abdulfattah Asiri struck a 74th-minute winner for the hosts.

This goal not only narrowed Hilal’s lead. It also had ramifications in the race for Asia which has gripped next opponents, Faisaly.

Only a top-three finish will guarantee progression, via automatic qualification or the play-offs, to the 2021 ACL. This is an exalted competition Pericles Chamusca’s men are yet to grace, in 66 years of existence.

Significant obstacles remain for the Brazilian’s fifth-placed side. Least of which are games versus fourth-placed Wehda and Al Raed, who sit sixth, after the daunting trip to Hilal.

Chamusca – who ended 2018/19 on loan at Hilal in a quirky move, virtually unheard of outside the Kingdom – held his former temporary employers to a 2-2 draw in January, courtesy of Trinidad and Tobago battler Khaleem Hyland’s 92nd-minute equaliser.

A repeat would, probably, suffice for Tuesday’s hosts as they edge towards silverware. It wouldn’t, however, do for Faisaly. 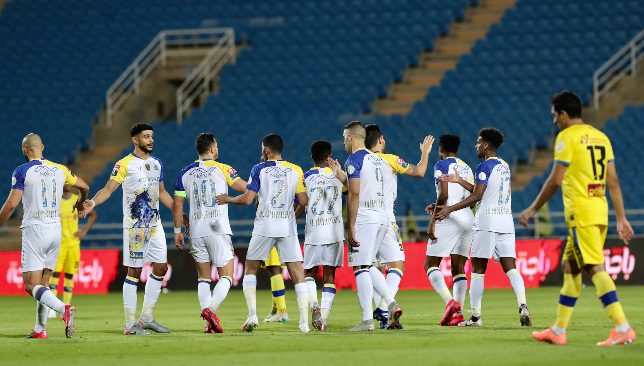 Thursday’s 4-1 thrashing by Nassr of flailing Al Taawoun – fuelled by Abderrazak Hamdallah’s hat-trick – was handed extra worth by Hilal’s second top-flight defeat this term. A show of rare fragility in an imperious campaign must act as inspiration for a final sprint to the finish line which once looked forlorn.

The damaging 4-2 reversal versus Al Wehda, however, earlier on the same night helped maroon 16th-placed Adalah at the foot of the standings, seven points from safety and five points from 15th-placed Damac. The club’s first taste of top-flight action could meet an immediate end if they are downed and points are recorded by relegation rivals Al Fateh, Al Hazem and Al Ittihad.

The reverse fixture witnessed a comfortable 3-0 victory for Nassr, with this margin narrowing to one in the King’s Cup. But with eight goals conceded by Adalah in two harrowing fixtures after they edged Hazem, the only way, sadly, is down. 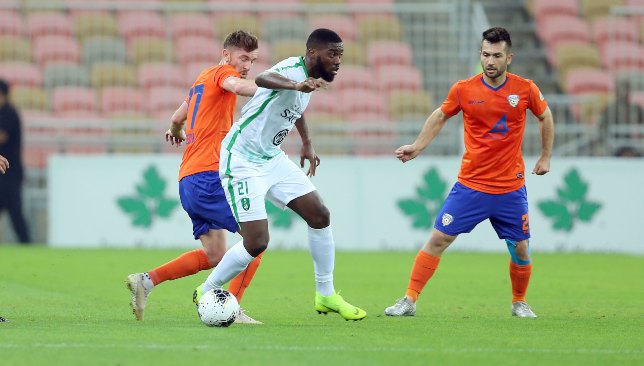 The ex-Chile playmaker grew into a fans’ favourite for Ittihad for four years, prior to January’s messy exit to Al Fayha. His enduring brilliance has continued to shine through in provincial Al Majma’ah, notching four goals and four assists – including a sublime ball to Ghana winger Samuel Owusu during a recent 1-1 draw with Al Shabab – in 12 SPL run-outs.

Ittihad are a point and two places from oblivion, while 11th-placed Fayha are just a solitary point better off.

Something has to give at King Abdullah Sports City, with a draw doing little to assuage fears.

Ittihad – who’ve never been demoted since their formation in 1927, but have seriously flirted with it for the past two seasons – will be desperate for influential Morocco anchor man Karim El Ahmadi to recover. His absence in the preceding 1-1 draw with Faisaly continued their winless streak in three matches without him.