Lionel Messi and Cristiano Ronaldo were both out of the running for this year’s Ballon d’Or so that means, no one is allowed to win it in 2020…

Well, that’s how it feels because if either one of them were in contention, then there’s surely no way France Football would have cancelled their annual ceremony.

Bayern Munich superstar Robert Lewandowski is naturally most aggrieved considering both the collective and individual success he enjoyed in 2019/20.

The Pole was the top scorer in every club competition he featured in, firing Bayern to a historic treble of trophies.

He would have won the Ballon d’Or by an absolute landslide, perhaps even the biggest winning margin ever. It’s not to be, although it did get us thinking about dominant Ballon d’Or victories of the past.

Messi and Ronaldo feature strongly, of course, but what did they and others achieve to record such massive wins?

Messi wasn’t shocked he won in 2011, but he was jolted by the margin of victory. “I was a bit surprised with the big gap between me and the number two. Cristiano Ronaldo and Xavi would have been worthy winners as well,” he told France Football after winning a third-successive Ballon d’Or. It is to date the widest win ever – albeit narrowly, true to the trend of his rivalry with Ronaldo – and justifiably so because this iteration of Barcelona is arguably the greatest club side ever and Messi was otherworldly. In 2010-11 no one scored more (53 goals) or created more (24 assists) and he led Barca in goals, assists, passes and dribbles. They won La Liga and the Champions League with Messi scoring in the semi-final and final of the latter. 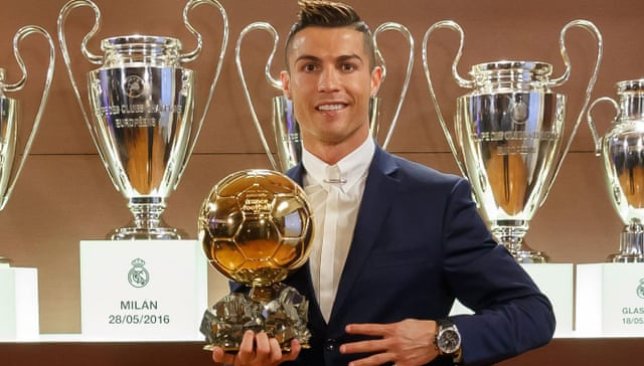 This is maybe the most illustrious year in Ronaldo’s career and it’s one even Messi would be envious of. As the Argentine was losing the Copa America final and another chance of silverware with his country slipped by, Ronaldo was winning his first. Indeed, Ronaldo displayed incredible leadership as Portugal claimed Euro 2016, adding to his outstanding achievement with Real Madrid in winning the Champions League. It was the year he morphed from a lethal left-winger to out-and-out striker, emerging as the best in the world inside the box. He scored headers, with both feet, inside and outside the box plus free-kicks, finishing with 38 goals in all competitions in 2016. The voting wasn’t even close as Ronaldo pulled away from Messi and Antoine Griezmann. 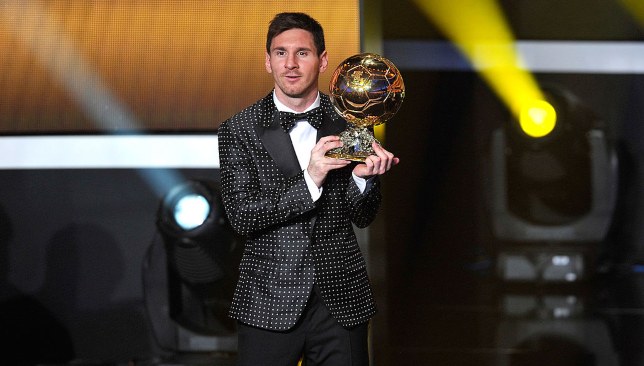 We all remember this Ballon d’Or ceremony for the suit, right? Polka-dot. Nothing else needs to be said. Still, there weren’t enough dots on Messi’s garish D&G number to account for the goals he scored in 2012. While the Argentine’s only trophy success that year was the Copa del Rey, his absurd tally of 91 goals for club and country – a new world record – ensured no one came close. There’s definitely a more than solid argument for Andres Iniesta given that on a technical level he was the best in the world and guided Spain to Euro 2012 glory. But individually, it’s impossible to ignore Messi’s exploits in 2012 as at the age of 24 he also became Barcelona’s all-time leading scorer. 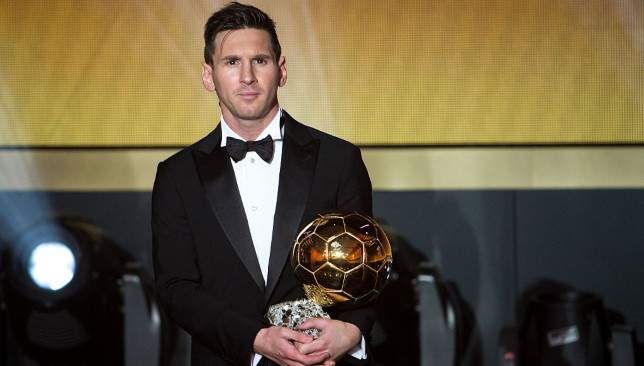 This is the year when collective and individual brilliance interlaced for Messi. On a club level, Barca completed another treble, becoming the first to sweep up the Champions League and domestic trophies for a second time. Messi broke through the 50-goal barrier again, scoring a remarkable 52 times for club and country in the calendar year, contributing 26 assists in 61 games. He scored or assisted every 0.78 games. And he probably should have won the Puskas award that year as well for his mesmerising solo goal against Athletic Bilbao. What we saw in 2015 was the evolution of Messi. Once the dribbler, then the false nine, here he became the playmaker and it saw him reach new heights of excellence. Ronaldo, who had won the two previous awards, and Neymar were left trailing behind. 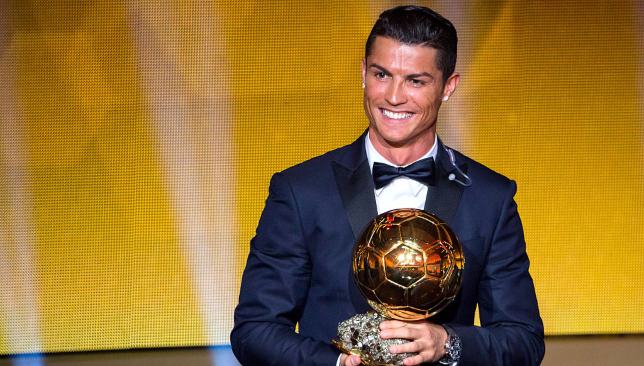 Despite receiving such a large chunk of the vote, Ronaldo’s win in 2014 wasn’t exactly widely appreciated outside the confines of the Ballon d’Or pollers. Maybe the spewing vexation from Ronaldo’s detractors points to the cult of personality the award has become, bringing it closer to popularity contests like the American idol. He defeated Messi and Manuel Neuer that year with many pointing out their success at the World Cup as Germany beat Argentina in the final. Ronaldo was ineffective for Portugal, but for Real Madrid his dominance could not be denied. He enjoyed an unbelievable year in which he scored 61 goals for Madrid and Portugal, firing Los Blancos to the Decima and a Copa del Rey. 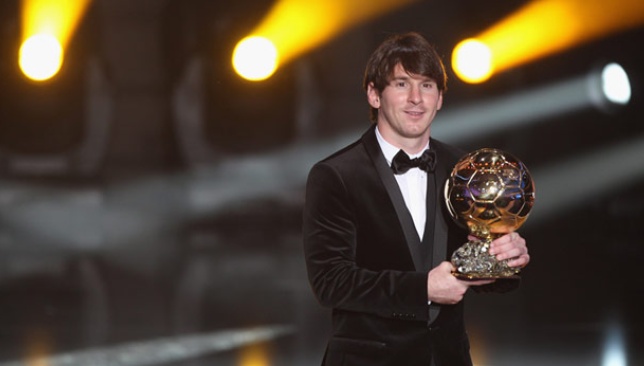 Messi’s first record-setting victory in 2009 was so conclusive that in the lead up, even Cristiano Ronaldo admitted his adversary was more worthy of football’s top individual prize. Statistically, it wasn’t one of Messi’s best seasons, but he was incredibly decisive in key moments as Barca clinched the first treble in their history. In the league Clasico at the Bernabeu, Messi effectively decided the title race as he buzzsawed through Real Madrid in his revolutionary ‘false nine’ role scoring twice and assisting another in a 6-2 demolition. He scored plus assisted in the Copa del Rey final success, struck nine times in the Champions League with big goals arriving in the quarter-final and final. Ronaldo and Xavi joined him on the podium, but there was only ever going to be one winner. 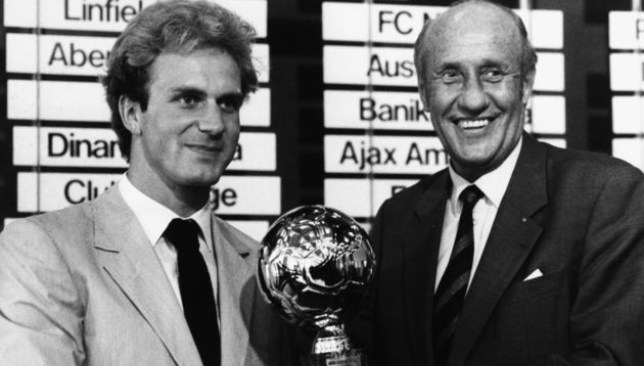 There are several generations of football fans who only know of Rummenigge as the immensely successful chairman of Bayern Munich. But before roaming the corridors of power at one of the biggest clubs in the world, the German was weaving past defenders to help create Bayern’s supergiant status. In the 1979/80 season, Rummenigge exploded. He was the top scorer in the Bundesliga with 26 goals as Bayern clinched the title and he carried that influence with him to Euro 1980. Indeed, Rummenigge was outstanding in that tournament as a youthful and vibrant West Germany doused a very talented Belgium side in the final. Rummenigge’s international exploits played a massive role in his first Ballon d’Or win as he swept aside Bernd Schuster and Michel Platini. Remarkably, no Bayern player has received the Ballon d’Or since Rummenigge’s last victory in 1981. Lewandowski would surely have ended that drought this year, though. 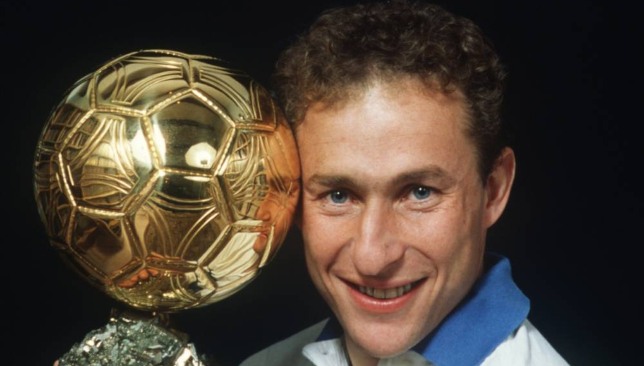 The name Jean-Pierre Papin is smooth on the tongue and ears, but as a player he was most majestic for the eyes. Utter Jean-Pierre Papin to fans of a certain vintage and it will be met with an impersonation of the Patrick Bateman meme. He was pure class and remains the only player to have won the Ballon d’Or while at a French club. Papin emerged as an elite striker with Marseille and in the 1990/91 season the small, rapid and lethal forward ratified that reputation by scoring 36 goals and leading OM to league glory and a Champions League final. It was his fourth straight season finishing as league top scorer and one of three consecutive campaigns as the European Cup’s leading marksman. A Ballon d’Or triumph was in no doubt and he left Marseille a year later in a world-record switch to AC Milan. 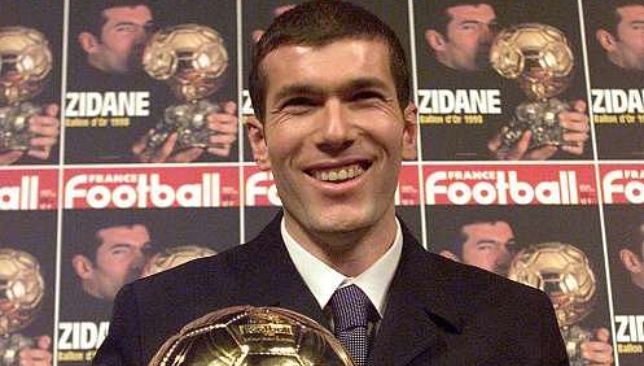 The icon of icons. Over the course of eight weeks Zidane stole our hearts, and three trophies from Ronaldo. First, Zidane produced his best-ever tally for Juventus as his seven Serie A goals helped the Bianconeri retain the Scudetto to hold off a stern challenge from a Ronaldo-led Inter. Then Zidane scored twice in a triumphant World Cup final against Ronaldo’s Brazil. And those two trophy successes swung the Ballon d’Or towards Zidane who snatched football’s most prized individual trophy away from El Fenomeno. It wasn’t even close in the end as Zidane won by a record margin, but in truth, Ronaldo had been the better player, scoring 24 times in all competitions in 97/98. But trophies matter most, and the entire football world was enamoured with Zidane after his World Cup final exploits. Ronaldo didn’t even finish second as that season’s Champions League winner and Real Madrid striker Davor Suker pipped him to runner-up. 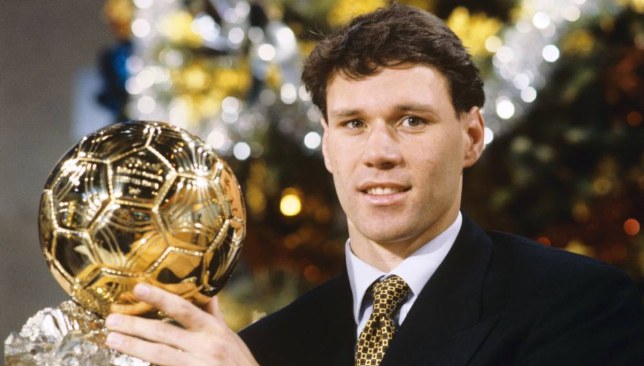 The Swan of Utrecht who became the Saint of Milan. For club and country, Van Basten scored many goals and many great goals – maybe even the greatest ever against the Soviet Union to claim Euro 1988 glory, a tournament where he was the leading player and scorer. His exploits in that tournament emerged after he helped Milan to lift their first Scudetto in eight years, although his season was marred by an ankle injury which even threw his Euros participation into doubt. He won the ’88 Ballon d’Or by a landslide, comfortably outpointing his club and country team-mates Ruud Gullit and Frank Rijkaard. He then won by the same margin a year later with Milan players again dominating the podium. Van Basten guided the all-conquering Rossoneri to European Cup glory, scoring a double in the final against Steaua Bucuresti and he finished with the Capocannoniere title. His 19 Serie A strikes came at a time when clean sheets were viewed in equal esteem to goals in Italy, helping to push him ahead of Milan greats Franco Baresi and Rijkaard.