Shai Hope’s Test woes were perfectly summed up in Manchester on Tuesday, with the West Indies batsmen’s falling to an ugly stroke to throw his wicket away. That the rash attempt at a pull shot off Chris Woakes came at a time when the West Indies were battling to save the Test series made Hope’s dismissal all the more painful to watch.

This was a batsman under increased scrutiny after his dismal displays in the two Tests leading to the series decider at Old Trafford. With an aggregate of just 105 runs from six innings in the series, it is safe to say that Hope has had a stinker in England. His performances in England this time around are in stark contrast to the last time he played a Test series on these shores.

In a day-night Test in Headingley in 2017, Hope had announced his arrival to the big league with twin centuries to help Windies script an epic victory. That moment was supposed to be the springboard to bigger things for a young batsmen who had always been rated highly. Three years since that watershed moment in Leeds, that heroic exploit has become a distant memory for Hope.

His ODI career did take off after those twin tons, but his fortunes in the Test format continue to tumble with the latest failure in England. In 41 innings since that Leeds Test, Hope has collected just 947 runs at an unflattering average of 24. His century tally has been barren and the two hundreds in Headingley remain the only occasions when he has breached triple figures in the format.

In the same duration, he has racked up eight ODI centuries while only being outscored by Virat Kohli and Rohit Sharma in the ODI format.

Ahead of the final Test against England, there had even been talk of Hope being dropped from the playing XI. Head coach Phil Simmons had admitted that the 26-year-old’s performances had been unsatisfactory and his latest disappointment will only add to that clamour.

One person who has observed Hope’s career closely is Toby Radford, with the Welshman spending eight years with West Indies cricket as batting and assistant coach. He was there in the background when Hope notched those twin centuries in Headingley and has been on hand to witness the batsman’s subsequent failure to capitalise on that display.

Having left his Windies role last year, Radford has had ample time to observe Hope’s contrasting fortunes in the Test and ODI formats. The Glamorgan-born coach is a firm believer in the batsman’s abilities, but believes that teams have figured out a big chink in his armour.

“I remember how he got two hundreds at Headingley in 2017. Phenomenal achievement really,” Radford told Sport360 in a video chat.

“And we then went to New Zealand I think, and it was pretty clear how teams had looked at his footage in England and how they were then going to bowl at him. They started to go very aggressive and short. Lots of back-foot stuff because they had seen his lovely cover drives, his clips and all that stuff on the front-foot.

“So they weren’t going to give him anything in that area. That then tended to become a pattern following the New Zealand tour. That became the way teams bowled at him.

“The interesting thing was, at the same time, he was playing the white-ball game and playing really well. But the two games are very different. In the white-ball game, the ball doesn’t really move around that much, it doesn’t swing and doesn’t seam,” he continued.

“If you edge the ball early on, you don’t have four slips and a gully waiting. There aren’t that many bouncers or short-pitched bowling. The requirements for Test cricket and white-ball cricket are very different. I have been watching the television and there is the same talk around Jos Buttler. 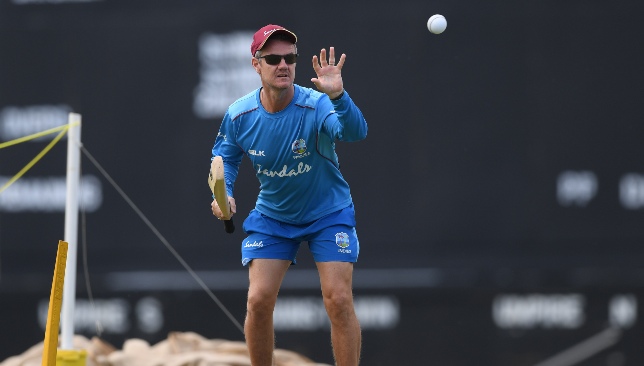 “Like he’s such a great white-ball player but why is he struggling in Test cricket? It is sort of the same thing with Hope. To play Test cricket, you have to be able to play the short balls and the quick bouncer. You have to be capable of batting for long periods and your technique has to be tight enough to keep out the good balls because the red ball moves a lot more.”

While there will certainly be strong discussions about Hope’s Test future after the England tour, he retains the confidence of Radford. The former Middlesex and Glamorgan head coach thinks Hope could rediscover his 2017 Headingley heights with some changes to his technique.

“Saying all that, I still believe Shai Hope is capable. I would like to see him covering his stumps a little more,” he explained.

“In the last year or so, he has gone back to his one-sided way of standing and thereby exposing his stumps in a bid to create more room. I don’t think you need to do that. You need to cover your stumps in Test cricket to make your defensive technique more solid.

“He’s a good player. Naturally your confidence goes down when you are not getting runs and you reach a low point. I know that he really believes his own ability as a batsman and he will get that confidence back when he gets a couple of decent scores.”

There is no doubt about Hope’s talents, with his ODI form and that performance in Leeds laying testament to his real potential. Whether he can polish his technique and regain his red-ball confidence though, remains to be seen.