How Tom Nolan forged a career in freestyle football

Being gifted at sport is one thing, forging a career in one is another and 21-year-old Tom Nolan from England has done both – the latter against massive odds.

It has been an incredible turnaround for him. In 2018, the youngster was part of a pre-season tour held in Los Angeles with Manchester United to train with the first-team players.

Just a few years previous, he had to sell Paul Pogba’s match-worn boots, given to him by the French superstar himself, to help him fund his career that he emphasises ‘didn’t exist a few years ago’.

His videos on social media rack up millions of views and have become an inspiration for young freestylers.

The Luton-native began playing football at the age of four and got into freestyle in his early teens. From an early age, Nolan amazed his friends and coaches with his exceptional prowess on the pitch as a technically gifted player.

His brilliance as a football prodigy had earned him a mini-celebrity status in his town. The young athlete created a unique playing style that incorporated freestyle skills in a regular game, much to the chagrin of his peers who had to play against him.

“When I was in high school it got to a point where I was practising skills, so many people wouldn’t even try to tackle me in matches because they thought I’d do a skill and embarrass them,” Nolan told Sport360.

“The skills just came naturally; I could pick them up minutes after seeing something for the first time either in person or on a video,” he added.

Despite being a gifted footballer, Nolan leaned more towards freestyle football and dedicated his time to training and learning different tricks and skills.

At the age of 15, a video of him doing a freestyle trick went viral on social media and reinforced his decision desire to take freestyle football up professional.

While no one could deny his talent, his family and friends didn’t exactly approve of his decision. They didn’t think it was a practical career path, given the sport hadn’t achieved the explosive popularity it enjoys today. 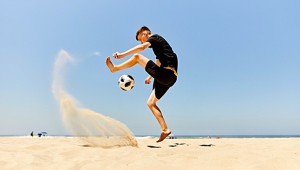 “It would be fair to say that people I grew up with would say I was good, but still thought I had no chance in turning it into my career. My family always wanted me to go to college and university to give myself the best chance in life so understandably when I said I didn’t want to do either they weren’t too keen on the idea as any parent would.”

Nolan chose the road less travelled and admitted even he thought that the chances of him succeeding were one in a million, but he preserved and managed to turn his dream into reality, and has never looked back.

We may never see him competing in the Olympics, but Nolan expresses his strong desire to see this magical sport to be featured on such a massive platform.

He further echoed fellow freestyler Sean Garnier’s opinion that Freestyle needs to be an independent sport to achieve that goal.

While Covid-19 has brought life to a standstill all over the world, Nolan is optimistic about the future and is ready to grab the opportunities that are waiting for him once these trying times pass. 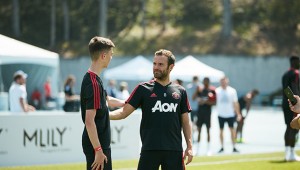