IPL 2020: A Rajasthan Royals return for Ajinkya Rahane and other mid-season transfer possibilities

As the 2020 Indian Premier League approaches its midway point, the eight franchises will have a chance to fix some gaping holes in their respective squads.

While it is a feature which hasn’t been heavily exploited by teams in past editions, the 2020 mid-season transfer window could turn out to be a busy one. The fact that internationally capped players will be available for trades this time round means there could be plenty of movement between the eight teams.

Any player who hasn’t played more than two matches in the first half of the season will be on the market, although a trade will only go ahead when both the concerned teams agree on the move.

The eight franchises will certainly have identified their weaknesses and shortcomings after nearly a month’s action in the UAE. Here, we look at players who could turn out to be great additions to other IPL teams.

For the first time in the tournament’s history, Chennai Super Kings realistically face the prospect of missing out on play-off qualification. Last year’s runners-up have been woefully devoid of ideas in the ongoing campaign, with their batting performances lacking energy and impetus.

MS Dhoni and his men have attempted to chase in each of their seven matches so far, and have come up short on five of those occasions. An ageing batting unit has been left thoroughly exposed and the absence of Suresh Raina at the top of the order is being felt heavily.

While a certain Chris Gayle will only bring up the average age of the Chennai squad, he could just be the man to give a new lease of life to their campaign. The Windies veteran has surprisingly failed to get a single appearance for Kings XI Punjab and is clearly not in their plans going forward. Quick runs at the top are the need of the hour for Chennai, and Gayle’s explosive batting could make all the difference.

The left-hander has averaged over 41 in the two past IPL editions, and a trade for him will allow Chennai to drop Faf du Plessis down the order. 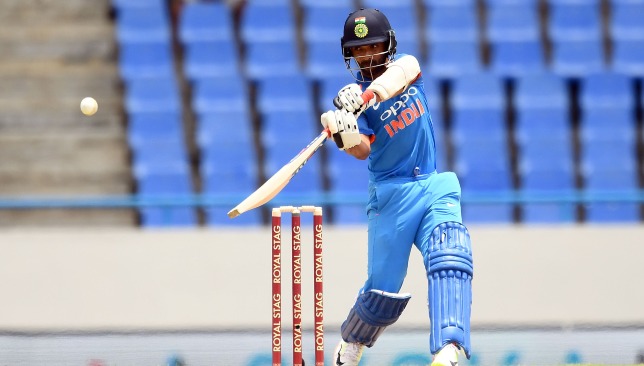 It is ironic that the man Rajasthan Royals traded away to Delhi last year is their most pressing need at the moment. Rajasthan Royals are paying the price for a lack of quality in their Indian batting contingent once again and they could desperately use someone with Rahane’s experience.

They would have expected Robin Uthappa to perform this particular role, but the former Kolkata Knight Riders batsman has been a huge disappointment so far. This dearth of reliable Indian batsmen means Rajasthan have become heavily dependent on Jos Buttler and Steve Smith’s contributions. It is no surprise that they have struggled whenever the two overseas stalwarts have failed to fire.

Rahane would have expected to be a key player in the ongoing season, but he has been made to warm the bench in light of Delhi’s domestic batting riches. The right-hander has made just the solitary appearance this campaign and it came due to an injury to Rishabh Pant.

The fact that Delhi are battling at the top of the table means they don’t really have any need for Rahane at the moment, and his services could be better utilised by a team like Rajasthan.

A batsman of Rahane’s qualities will want to be playing every minute of the competition and a return to his former employers made logical sense for all parties involved. 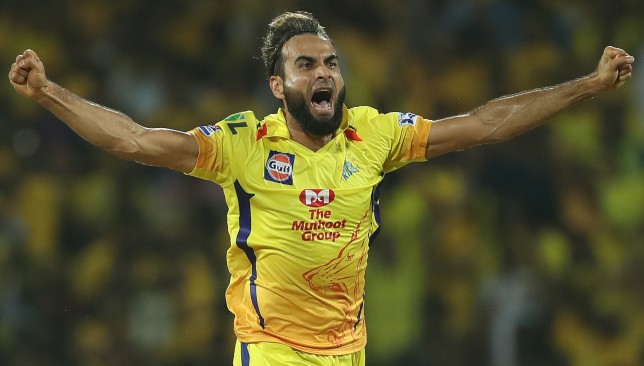 Virat Kohli’s men have made a positive start to their campaign and currently sit within the play-off places. Opportunities still exist for Bangalore to strengthen, with two spots in particular being of concern.

Aaron Finch hasn’t exactly got going in the opener’s role and there is a case for the Australian to be replaced at the top. However, RCB might have their eyes elsewhere given that Finch’s compatriot Adam Zampa hasn’t fired either.

There is every chance that spinners could have a greater role to play in the second half of the tournament, with pitches expected to slow down further. While Zampa is not a bad option to have for such a scenario, Bangalore can do even better by roping in someone of Imran Tahir’s capabilities.

The South African leggie has been one of the best T20 bowlers in the world in recent years and is yet to find any game time for Chennai this season. His constant omission from the playing XI is baffling, and any team would be smart to make a move for his services. 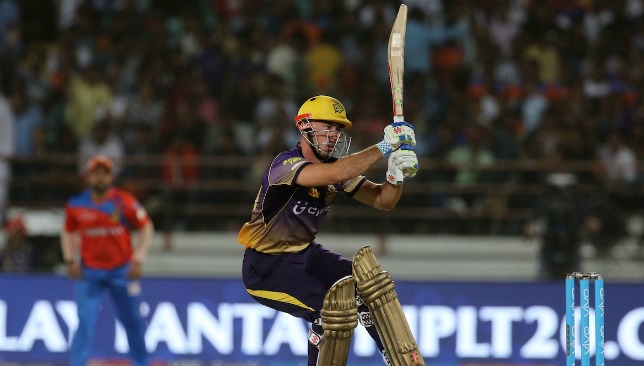 Just like a potential Rajasthan return for Rahane makes plenty of sense, a Kolkata comeback for Chris Lynn could be a smart move. The explosive Australian opener was let go by KKR after the 2019 season, with Mumbai Indians picking him up in the subsequent auction.

Lynn is surplus to requirements at Mumbai, with the defending champions boasting a formidable opening partnership between Rohit Sharma and Quinton de Kock. It is near impossible for the Aussie to displace either of the openers, and he would benefit from a trade away to another side.

There are several franchises who could do with Lynn’s pedigree, and his former employers Kolkata will definitely be an interested party. They have been unable to find a reliable opening partner for Shubman Gill in the ongoing edition, with Sunil Narine’s pinch-hitting proving to be hit and miss so far.

Lynn has a good track record in the UAE with his participation in the T10 League, and his aggressive qualities would complement Gill’s steadfast approach nicely. 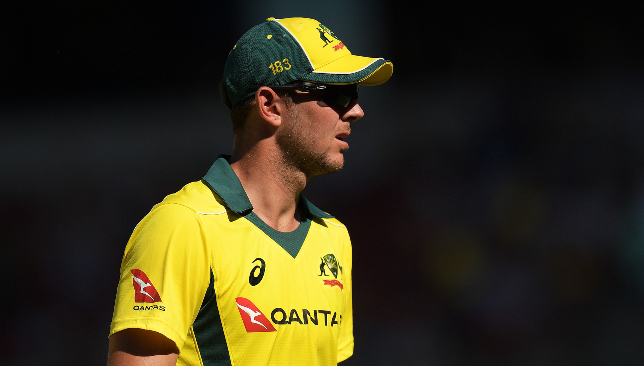 To pick one area for improvement in Kings XI Punjab is a tough ask, given their vulnerabilities in several positions. Apart from the opening slots, KL Rahul and his men have struggled for consistency in nearly every department.

As they languish at the bottom of the table with six defeats in seven, KXIP are staring at the prospect of a bleak final outcome. They can count themselves unlucky as well, with several of their losses coming with the narrowest of margins. Their bowling at the death has been a major factor behind their woes, with Sheldon Cottrell and Mohammed Shami leaking runs aplenty in crux stages.

A pacer of Josh Hazlewood’s calibre could help calm the nerves when the pressure is on, and help Punjab close the games they should have been finishing. The Australian seamer has made just one appearance for Chennai this season and returned with admirable figures of 0-28 from his four overs. 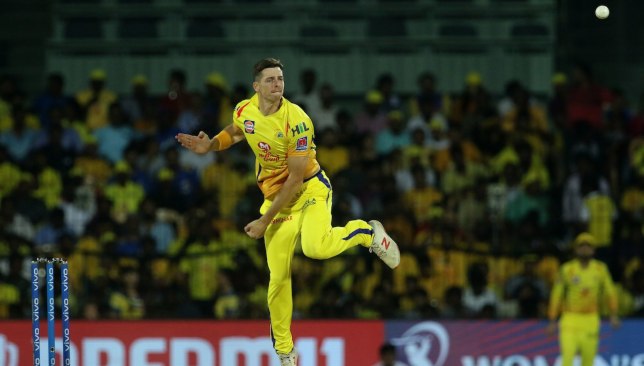 The defending champions are firing on all cylinders and have no major chink in their armour. Their overseas players are all in good form, with the pace partnership between Trent Boult and James Pattinson working like a charm.

While they will be loath to change something when it is clearly working, a different game plan for particular situations could be handy. With Jasprit Bumrah as the leader of the bowling attack, three pacers could overkill on pitches with lots of turn.

In such conditions, Mumbai could do an extra spin option in place of one of the overseas pacers. Mitchell Santner is a good shout in this regard, with the Kiwi bringing plenty of control with his left-arm spin. The fact that he also brings some batting capabilities lower down the order makes him a very attractive trade.

Like Tahir, Santner has been completely frozen out at Chennai this season and looks unlikely to play any part further down the campaign. 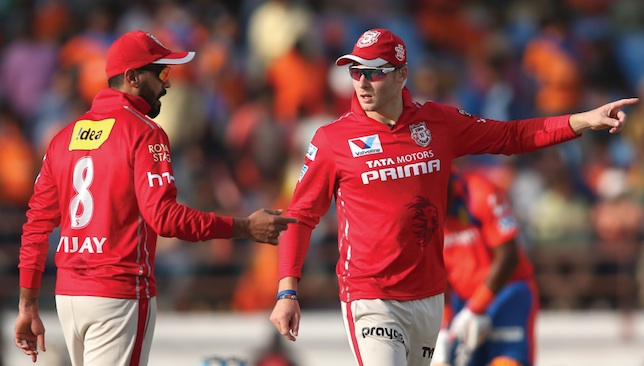 Sunrisers Hyderabad are making decent progress in the IPL after some early stutters, although there are still some concerns over the top-heavy batting order. Jonny Bairstow and David Warner bear the responsibility of scoring the bulk of their runs and a double failure at the top could really cost the side dearly.

Kane Williamson can play the occasional brisk innings, but the Kiwi is more of an accumulator than enforcer. As such, Hyderabad would be wise to bring in a proven finisher and Rajasthan’s David Miller fits that profile perfectly.

The South African has played just one game this campaign, where he was dismissed without facing a single delivery. With Ben Stokes now available for the IPL, the chances of Miller making a comeback to the XI looks next to nil. A move away from the franchise is certainly on the cards. 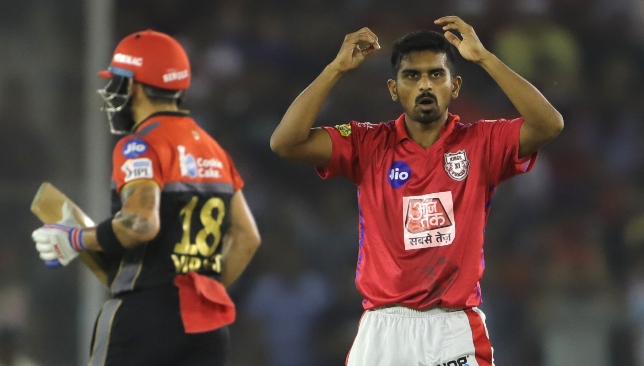 With arguably the most stacked side in the IPL, Delhi Capitals are strongly emerging as the early favourites for the title. Shreyas Iyer and his men deservedly sit at the top of the standings after claiming five victories from their six outings.

The Capitals have all bases covered at the moment and are the least likely side to make any reinforcements. Although they don’t have any desperate need for a player, Delhi can look at the option of bringing an Indian spinner. Amit Mishra has been ruled out of the tournament with an injury and a replacement such as Murugan Ashwin is good to have as cover.

Ravi Ashwin and Axar Patel have forged an excellent spin partnership in the last few games, but an injury to either of them could leave Delhi’s options short. Murugan Ashwin has not featured for Punjab since September 27 and remains eligible for a trade. The leg-spinner can provide a like-for-like replacement for Mishra and will be useful on slower tracks for the current league leaders.