For a man who is just 22, it has already been a rollercoaster of a ride in the Indian Premier League for leg-spinner Mayank Markande.

The Punjab-born bowler was an unknown commodity when he was thrown into the deep end by Mumbai Indians in the IPL 2018.

Three wickets in the tournament opener against Chennai Super Kings, including that of MS Dhoni, propelled the youngster into an instant star.

The initial hype was bolstered even further in the next game when Markande claimed four wickets against Sunrisers Hyderabad.

While he didn’t quite manage to sustain that early blitz, the young leggie earned plenty of admirers after finishing his maiden IPL campaign with a 15-wicket haul.

Ten months later, the spinner was making his T20I debut for India in Visakhapatnam and returned with respectable figures of 0-31 against the Australians. Unfortunately for Markande, the fairytale script has gone slightly awry since, with no international caps.

After raising expectations in 2018, Markande endured a subdued IPL campaign in 2019 where he bowled just six overs over the course of three appearances for Mumbai Indians. His spot in the playing XI was usurped by the brilliant fellow leg-spinner Rahul Chahar, who emerged as one of the biggest finds of the tournament.

At the end of the season, the spinner was traded to Delhi Capitals with Sherfane Rutherford going the other way.

Before he could even make an appearance for the Delhi franchise, Markande was traded for a second time in months after being swapped in a deal involving Ajinkya Rahane. Now in the pink jersey of Rajasthan Royals for the upcoming edition, the 22-year-old is waiting for that chance to reignite his IPL career.

“Rahul Chahar came in as the replacement in the next match and impressed instantly. In the IPL the competition is cut throat and every player is waiting for their chance. That’s what Rahul did, he grabbed the opportunity with both hands.

“I didn’t get the chance to reclaim my place after that. So now I am just waiting for my chance.”

The new environment at Rajasthan Royals might just be what the spinner needs to bring his IPL career back on track, with the franchise’s established record of backing youth over the years.

“I think that Rajasthan Royals is known for giving chances to the youngsters. They have proved it in the previous seasons,” he said.

“I am very glad that I will get to talk with Shane Warne [team mentor] sir and Sairaj Bahutule [bowling coach] sir. With Sairaj sir I have been interacting during the lockdown too and he has been keeping things simple. So it’s a great privilege to be part of the Royals, to have the chance to share a dressing room with Shane Warne who is the greatest spinner in history.”

Markande’s admiration for Warne is evident in the manner he speaks about the Australian legend. The young Indian didn’t always aspire to be a leg-spinner like Warne, and was more inclined to be a pace bowler in the formative years of his cricket development. 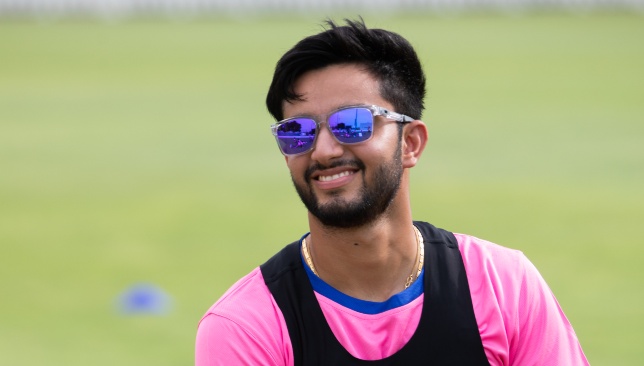 “Shane Warne is my favourite leg-spinner. I have been admiring him ever since I became a leg-spinner,” Markande quipped.

“I have learnt a lot about the art by watching videos of him. And now I am actually going to get the chance to talk to him and learn even more! I couldn’t have asked for anything better.”

With Karnataka’s Shreyas Gopal already an established member of the Royals squad, Markande is not the only leg-spinner who will relish the opportunity to benefit from Warne’s wisdom. With 31 wickets for Rajasthan over the course of the previous two IPL campaigns, Gopal is primed to be the starting spinner for Steve Smith’s men in the UAE.

However, with pitches in the Emirates known to aid spinners, there is every chance that the Royals could field both Gopal and Markande in the playing XI. Markande has only good things to say about his senior counterpart, and believes the duo could forge a strong spin pairing for Rajasthan in 2020.

“I have played a lot with Shreyas Gopal over the years, both in the same team and also as an opponent,” he said.

“We have also been on plenty of India ‘A’ tours together. Most recently, we were on the tour with Sri Lanka. We both have a good understanding and have bowled well as a pair. I am looking forward to continuing this partnership with Rajasthan.”

Just under three weeks until the tournament gets under way in the UAE, the tension is starting to build for the biggest T20 franchise tournament in the world. For Markande, the last two editions have been a lesson in contrasting fortunes and how life can change so quickly in cricket.

The youngster remains unfazed about the past and is only looking forward to new beginnings.

“I don’t think there is anything like too fast or slow in cricket. I have always had the agenda of performing well for the team,” he said.

“When I performed well in 2018, I gained a lot of attention. I took this admiration from the fans as a positive energy to perform even better in the future.