Football is constantly evolving and with data plus in-depth analysis growing exponentially in the modern game, new tactical innovations are made with increasing frequency.

As a result, formations are being manipulated in more creative ways and players of a particular skillset are being used in roles they perhaps wouldn’t be in previous decades.

Philipp Lahm was an ideal example. Renowned as one of the best right-backs around for most of his career, Pep Guardiola deployed him in midfield as the central cog in a possession-based system.

How many other players from the past would thrive in different positions in today’s game? How many more goals would Ryan Giggs score as an inverted winger in a front three? Could Fernando Redondo have been a stylish centre-back on the left side of a back three bringing the ball out and even attacking on the overlap?

In this series, we look at past legends and theorise the possible new positions within the tactics of the modern game.

The greatest players have a few moments of pure genius that define them and stand as testament to their phenomenal talents. Matt Le Tissier produced them with such regularity that several are lost from memory.

The Southampton legend didn’t just make scoring outrageous goals his trademark, he made it his routine. Having spent his entire career with the Saints, the team was very much tailored to his strengths, which largely involved having the ball at his feet in dangerous areas.

It’s no secret that Le Tissier wasn’t the ideal physical specimen but what he lacked in fitness and physicality, he made up for with intelligence and sublime technique.

He spent his career meandering about in attacking midfield and springing to life at the opportune moment but if he played today, there are systems in which he may have flourished as a striker.

The way Roberto Firmino operates tucked in between two mobile wide forwards in Sadio Mane and Mohamed Salah comes to mind or even the manner in which Karim Benzema drops off extensively to be involved in Real Madrid’s passing game in the final third. 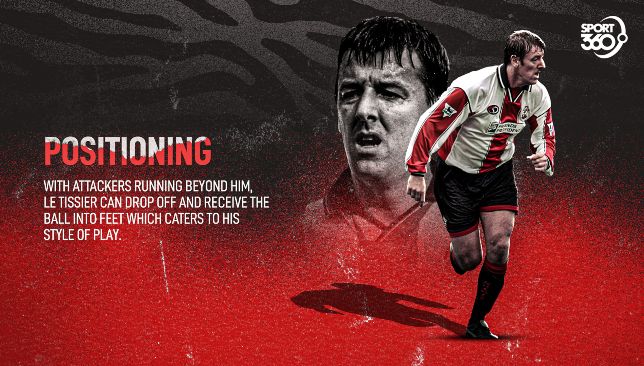 How Firmino functions for Liverpool with the ball in a 4-3-3 would be the blueprint for Le Tissier to follow. The Brazilian’s withdrawn position and tendency to receive the ball into feet caters to the former Saint’s style of play.

With wide forwards either side of him, he would be afforded the freedom to roam and make late runs into the box rather having to be a constant presence inside the area.

Such a role would also ensure he sees plenty of the ball as the focal point and central figure of the attack. Of course, he may not be able to replicate the intense work Firmino does off the ball in terms of pressing but also keep in mind that this would be Le Tissier in the ‘modern game’ where he would presumably have no choice but to adhere to stricter training regimes and fitness programs.

Dimitar Berbatov, for example, wasn’t unfit but his natural languid style meant he was never inclined to contribute much defensively. However, his movement was still functional enough to be effective in the forward line of title-winning Manchester United sides.

Alternatively, Le Tissier could even feature in a front two but, again, the demands on strikers in a 4-4-2 system today might render him a liability without possession so a more accommodating 3-5-2 formation may be necessary.

See how Josip Ilicic operates when Atalanta stray from their standard 3-4-2-1 to a 3-5-2 system for instance. The Slovenian plays up front alongside Duvan Zapata but often drops off and allows the No10 Papu Gomez and even central midfielder Mario Pasalic to run beyond him.

Off the ball, the players around him would work to close the gaps while his focus is on maintaining the shape and being prepared to receive the ball in space during a transition. 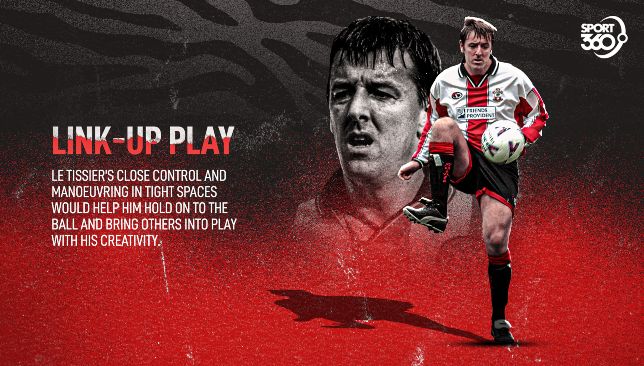 It was never easy to get the ball off Le Tissier. He protected it well with his large frame and smart body positioning. So even if he wouldn’t hold up play in the conventional sense with his back to goal, his close control and manoeuvring in tight spaces could be just as effective.

With plenty of runners around him like Firmino has at Liverpool, he could use his vision and creativity to pick them out. During longer spells of possession though, Le Tissier would likely drop off and exchange passes with the midfielders before advancing forward along with the play like Benzema tends to do at Madrid.

Meanwhile, a 3-5-2 system would also present him with plenty of opportunities to interact with his team-mates during the build-up play. Atalanta’s tactics are geared towards creating space through the middle where Le Tissier would thrive.

Ilicic even drifts into wide areas in this role and the Southampton legend would enjoy doing the same, not only because he could utilise his dribbling and crossing abilities from those areas but also because of the overloads created with midfielders and wingbacks which would facilitate his link-up play. 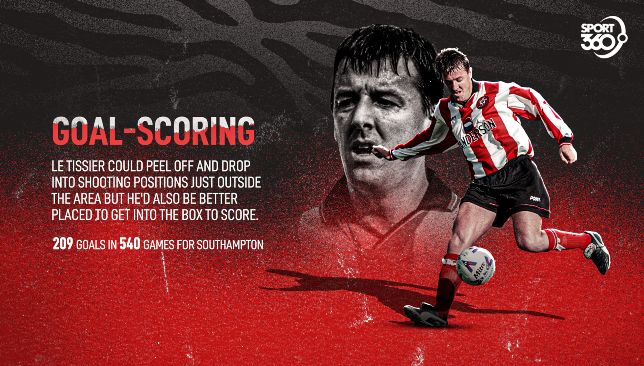 Le Tissier scored 209 times in 540 appearances for Southampton but unlike other goal-scoring midfielders, not many of those strikes were taken inside the box from open play.

The Englishman simply didn’t have the legs to burst into the 18-yard box and attack crosses on a regular basis. Playing up front would naturally put him in a better position to get on the end of more opportunities and make the most of his finishing ability.

However, just outside the box is where he weaves his magic and in the right system, he would not only retain his threat from that range but likely enhance it. In a front three, the forward runs of his fellow attackers would drag defenders away, subsequently creating space for Le Tissier to fire away.