Man City and Lionel Messi are the perfect fit – is it the same for Man United, Inter Milan and PSG?

A slew of moneyed suitors will be crunching the numbers and working out whether an epochal, mega-money move can be pulled off to wrench the disgruntled Lionel Messi away from Barcelona.

The figures involved – which stretch to nine digits, annually – are eye-watering. Inventive accounting, however, must be twinned with erudite tactical planning to make the most out of a gargantuan investment.

Just how will the Manchester giants, Inter Milan and Paris Saint-Germain fit the GOAT into their expected 2020/21 XIs? We’ve had a go at working it out…

Everything slots into place.

Messi will be reunited with Barca mentor Pep Guardiola and an effective system is already in-situ at Etihad Stadium.

City’s use of twin playmakers in a 4-3-3 formation helped revolutionise attacking play in the Premier League, plus expand horizons of what is offensively achievable. David Silva’s summer exit after a decade of exemplary service has opened up an attacking-midfield slot in tandem with Kevin De Bruyne, and who better to fill it than Messi?

A caveat is, however, provided by Guardiola’s increasing propensity – which so frustrated sections of the City support – to utilise Rodri and Ilkay Gundogan alongside the peerless De Bruyne. If this approach is continued with Messi, it’s bad news for England prospect Phil Foden on the wing.

Chemistry is another crucial element. A long-term friendship with striker Sergio Aguero will make adaption off the pitch easier, while they’ve accrued dozens of international caps alongside each other for Argentina. 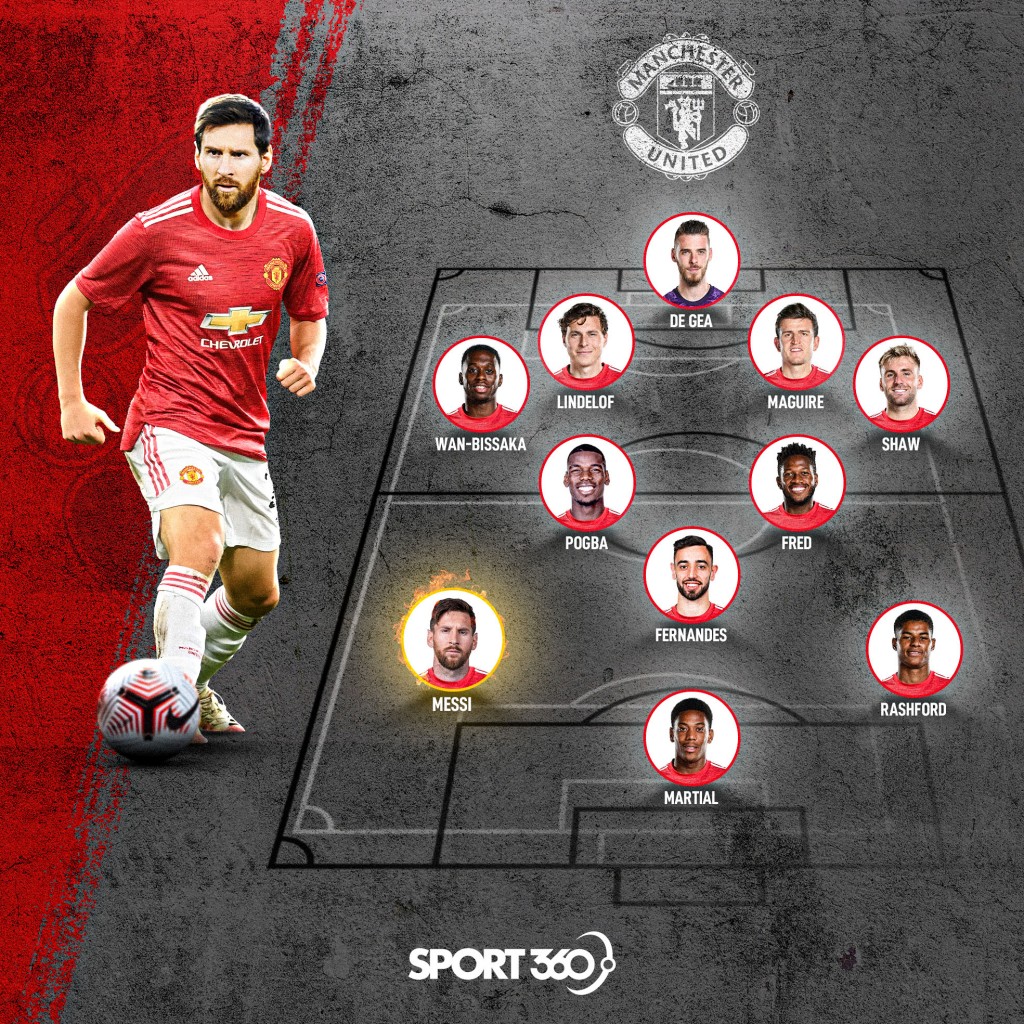 Would a 33-year-old Messi be willing to perform such a job in manager Ole Gunnar Solskjaer’s preferred 4-2-3-1 formation? The answer is ‘no’.

This then threatens to upset an area of significant strength.

Enviable depth already exists in centre midfield, thanks to a fit-again Paul Pogba and the effervescent January buy Bruno Fernandes. Messi boasts God-level quality, but his arrival clogs up the middle of the park as he has never been one to hog the touchline.

An improvement in control and precision would be guaranteed by the Argentine’s presence – especially vital for the club’s Champions League return. This would also be the kind of world-class signing required to jolt an outfit still reeling from Sir Alex Ferguson’s 2013 departure.

Their youthful front three, rich in promise, has also cried out for a natural wide man to add another element.

Messi would represent a problem – but, a welcome one to solve. 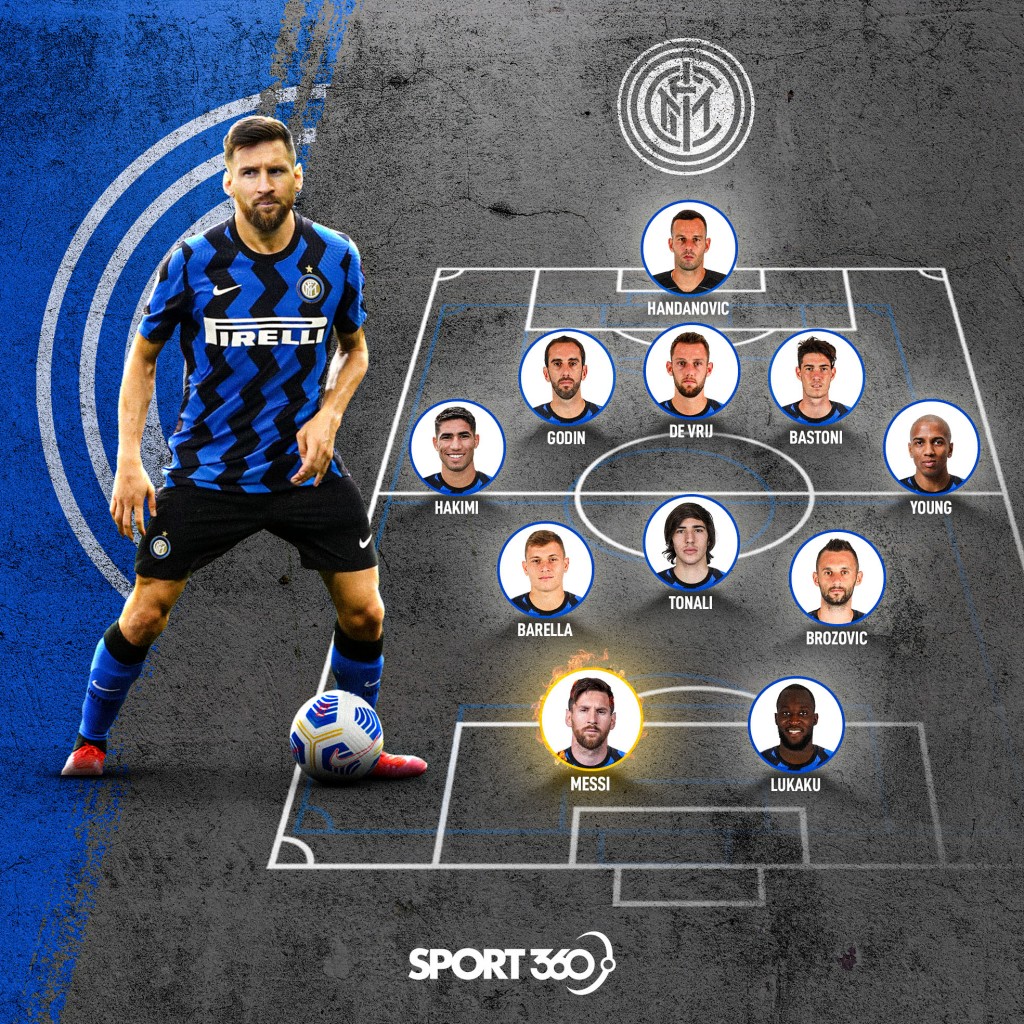 A deal that suits all parties appears ready to be made.

Inter forward Lautaro Martinez emerged as an object of desire for Barcelona throughout 2019/20. The effervescent Argentina international would provide the legs, up top, that Uruguay icon – and Messi acolyte – Luis Suarez could no longer provide.

Could a part-exchange deal be set-up where Messi gets an enticing new challenge unseating Cristiano Ronaldo’s Juventus, and Inter get the global mega star desired by owners Suning Holdings?

Messi looked disenchanted in the 4-4-2 formation utilised by Barca in this month’s 8-2 rout by Bayern Munich in the Champions League quarter-finals. Similar issues also impacted Luis Enrique four years ago when he opted for a similar set-up.

Antonio Conte’s 3-5-2 shape, however, has been honed throughout years of success. Belgium No9 Romelu Lukaku would represent a willing foil, while wing-backs Achraf Hakimi and Ashley Young would allow Messi to concentrate on creating destruction.

Similar to City, this link makes sense on all levels. 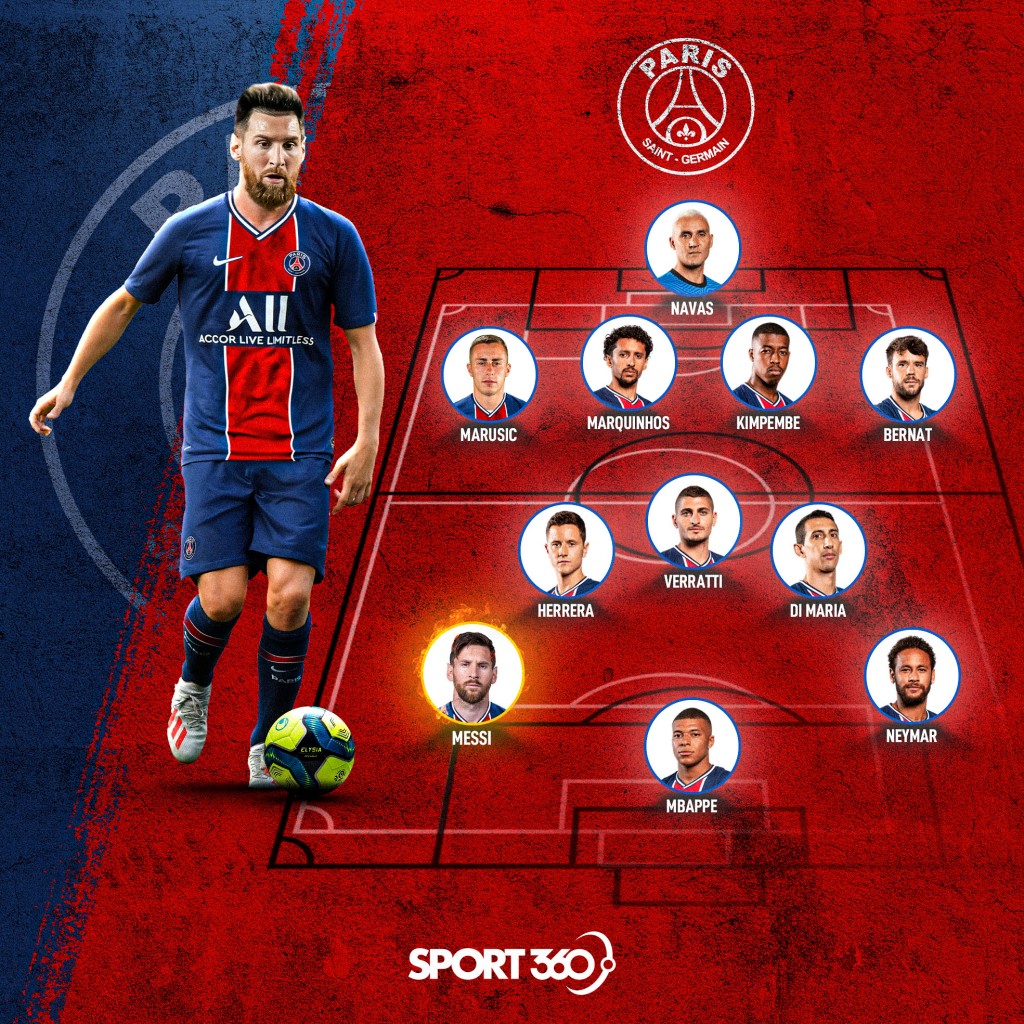 There is much to excite about the prospect of Messi adding fresh luminescence in the City of Light.

A reunion with Neymar harks back to Barca’s last glorious period when the 2014/15 Champions League was earned, while Kylian Mbappe can only continue to grow at rapid pace with such a role model in Thomas Tuchel’s squad. The link-up with compatriot Angel Di Maria, also, would allow for a glorious exhibition in the art of making through balls.

But Messi’s procurement would threaten to blow apart this year’s abiding message for PSG. Their run to narrow defeat in the Champions League was built upon the collective, rather than a glittering array of the grandest talents.

Messi would, potentially, shatter this tranquillity. There is also a report from L’Equipe that to afford Messi, one of Mbappe or Neymar would need to be sacrificed – a giant step the Parisians do not want to make.