The pause is, almost, over.

Tuesday night heralds the 2019/20 Saudi Professional League’s resumption, behind closed doors, after five months inaction because of coronavirus. The emotions about witnessing west Asia’s grandest club competition kick back into gear, for an eight-game sprint to the finish, has only been heightened by an engrossing match-week 23.

From a titanic summit clash in Riyadh, to tension at the bottom and the race for Asian qualification, here are three must-watch fixtures.

Saudi football has waited long enough for this.

A title battle at boiling point was made to simmer in March when alarming events elsewhere overtook it. The heat is now, unquestionably, back on, even in the absence of the impassioned atmosphere generated by a sell-out crowd at King Fahd International Stadium.

Champions Nassr will be feeling its force the most, a six-point gap in second to leaders – and great rivals – Hilal cannot grow any larger. For their star-studded opponents, a fantastic opportunity awaits to twin domestic supremacy with November’s cherished AFC Champions League conquest.

Nassr’s belated weekend agreement with Galatasaray about a permanent deal for pivotal Brazilian centre-back Maicon has significantly boosted their cause. So, too, the calming of a dispute with international playmaker Giuliano.

Further belief is provided by rich memories of their compatriot Bruno Uvini’s iconic 97th-minute header in last season’s fixture which did so much to secure a first SPL crown since 2014/15.

October’s 2-1 victory at Hilal also increased an unbeaten run in this pressure match-up to four; some turnaround from the previous three-game losing streak.

The division’s cagiest defence – only 16 conceded – must, however, attempt to engineer victory. This adds another layer of excitement, especially if the final 20 minutes becomes stretched through necessity for Nassr.

Hilal have the pedigree and the players to hurt them. They are also the runaway top scorers, a 52-goal tally being 12 more than their midweek opponents’.

Their full armoury is also available to the Romanian after Brazilian talisman Carlos Eduardo began training this week and Peru flyer Andre Carrillo recovered from Covid-19. Plus, star centre forward Bafetimbi Gomis will be oozing confidence thanks to confirmation last week of a two-year contract extension.

What a way to mark the SPL’s return.

Lockdown for the Tigers was, typically, eventful. A non-exhaustive list of the issues faced by president Anmar Al Haili include revelations about a debt of 200 million riyals, a threat of termination by star striker Romarinho, Brazil goalkeeper Marcelo Grohe contracting coronavirus in his native country and Saudi Arabia superstar Fahad Al Muwallad being forced into a humbling reversal after his return from a year-long doping ban was stained by a contentious argument about a disputed payment.

Such bedlam must be ignored by ex-Corinthians head coach Fabio Carille. The spectre of a historic first relegation has not diminished.

An uncomfortable gap of one place and four points exists ahead of the restart at ninth-placed promoted side Abha. No matter the 46-year-old’s sterling reputation, only four points were taken from the opening nine available of his disrupted stint in Jeddah. 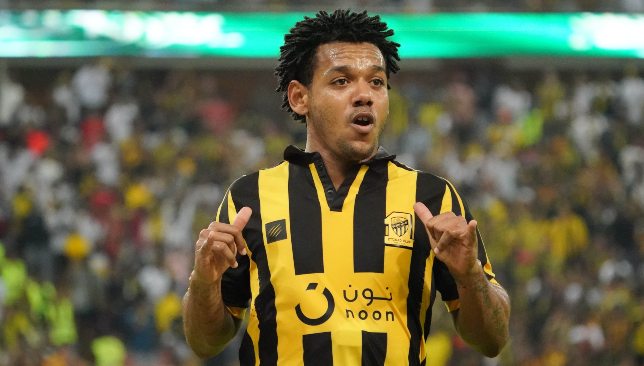 The psychological blow of a setback at Prince Sultan bin Abdul Aziz Stadium could inflict damaging repercussions in the weeks ahead.

Abha, however, have been rocked by potential injury to breakthrough Tunisia playmaker Saad Bguir. He excelled in October’s 2-1 win at Ittihad, contributing one of his seven SPL assists to date.

Abdulrazaq Al Shabi’s troops, for what is worth now, were victorious in their last two top-flight run-outs.

A tough test awaits Ittihad. It is one they cannot fail.

Momentum is the key now for Vladan Milojevic and his talented Al Ahli Jeddah roster.

The highly rated Serbian was named as the club’s third permanent boss of 2019/20 on February 20 – and by March 14, football was put on ice. This short spell also only witnessed a fitful 1-0 win against mid-table Al Fayha and disconcerting 1-0 loss to sixth-placed Al Taawoun.

With several weeks training in the bank, it’s time for Ahli to motor forward. A two-point gap to third-placed Al Wehda – in the last AFC Champions League-berth – is eminently bridgeable, even in the continued absence of rebel Cape Verde forward Djaniny. 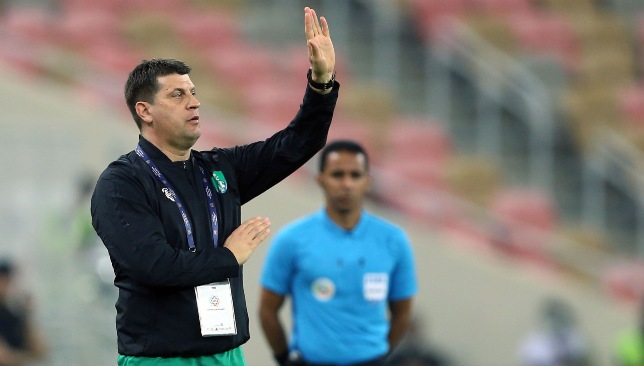 Hazem should provide inviting opposition. They are third bottom, plus only boast two triumphs from their last 15 league matches.

Victory is a must if fourth-placed Ahli are to realise their ambitions.