At the present moment, the only priority for professional clubs is somehow finding a way to finish the current season without simultaneously completely derailing the 2020/21 campaign.

In his typically forthright style, La Liga president Javier Tebas has been more upfront than any other administrator, admitting that a failure to finish the season would come with a financial cost in the region of €1 billion. Forfeiting such a sum is not an option, and it’s clear that doing whatever it takes to get the necessary games played is the only present preoccupation for the game’s hierarchy.

When the dust settles, however, thoughts will turn to the future – and specifically towards how leagues and clubs can protect themselves against the likelihood of similar crises in the future.

One possibility is that recent events will have a levelling effect, bringing together a diverse range of interests for the greater good of the game. The four German clubs competing in this season’s Champions League, for example, have already announced they will each donate €20 million to ease the burden on other Bundesliga clubs, giving a hopeful sign that an altruistic ‘We’re all in this together’ mentality could flourish in the coming weeks.

Sadly, though, it’s unlikely that such a generous spirit will prevail for too long. Unless there is very strong leadership from the top of the game – which seems highly unlikely considering the questionable ethical practices of FIFA and UEFA – it won’t be long before we witness a return to the dominance of naked self-interest, which is in many ways inherent within the ultra-competitive environment of professional sport.

Realistically, it is unavoidable to accept that the needs and demands of Barcelona, Juventus, Paris Saint-Germain and Liverpool are very different from those of Eibar, Sassuolo, Nantes and Watford.

Those in the former group are very aware, and have been for many years, that they are capable of hauling in vast riches, and that their earning capacities are currently hamstrung by the irritating presence of the lower lights in the second group. The question is: can they be disposed of?

When Barca thrashed Eibar 5-0 at the Camp Nou in February, millions of people all over the world were tuning in and/or following the action on social media, thrilled by Lionel Messi bagging four goals while shaking their heads at another disappointing performance from Antoine Griezmann and giving an approving nod to a bright debut for Martin Braithwaite.

Almost nobody, on the other hand, was even slightly interested in the tactical set-up of visiting boss Jose Luis Mendilibar or the struggles endured by Eibar centre-back Esteban Burgos. People were, in short, following the game for Barca, not for Eibar.

That’s no secret and no surprise. But it is, however, perpetually galling for Barca’s bean-counters that the huge commercial revenues generated by such the occasion were shared between the clubs. Not shared equally, of course, but certainly shared in a manner which over-rewards Eibar for their part in attracting a global audience. If we generate all the interest, Barca’s basic claim could go, then we should receive all the revenue. Fair is only fair.

This, of course, is an over-simplistic argument which can be easily refuted. A game can only take place when there are two teams, and nobody would tune in to watch Barca’s superstars walking around an empty field. There has to be an opposition, and they can’t all be at the level of the Camp Nou icons.

The nagging yearning at the back of many minds within the corridors of club power, though, is for those games between top and second tier clubs to be disposed with – or at least marginalised. Barca, Juve, PSG and Liverpool don’t want to play against Eibar, Sassuolo, Nantes or Watford…they want to play against each other.

If Barca can bring 100 million fans to the party but Eibar can only entice 5,000, wouldn’t it be better – from a financial perspective – to instead compete against a Juve, PSG or Liverpool who can also bring their own 100 million, or at least a vaguely comparable figure. Broadcasting rights, sponsorship, advertising, hospitality sales…they would all go through the roof, benefitting both clubs enormously.

At the moment, such big occasions only occur every now and then, depending on the whims and fancies of the Champions League draw. Liverpool have only played Juventus on two occasions this century, for example, whereas they have played against Watford five times in two years. Isn’t that the wrong way around? Shouldn’t the best be playing against the best as a matter of course rather than once in a blue moon? Aren’t Eibar’s natural opponents Sassuolo and Watford, whereas Barca should be rubbing shoulders with Juve and Liverpool?

If you look at the game from a global perspective, as the big clubs inevitably do, that conclusion is perfectly logical not only economically, but also from a sporting point of view. We all want to see, don’t we, Griezmann testing himself against Thiago Silva rather than Paulo Oliveira? Kylian Mbappe’s most appropriate opponent, most would agree, is Virgil van Dijk, not Nicolas Pallois.

These matches made in heaven, which are currently restricted to once-in-a-decade occurrences or not even that, could easily become a regular staple of the sporting calendar. All that needs to happen is the creation of a new league, a super league, if you like, where clubs are allowed to consistently compete against their peers and enjoy the accompanying commercial riches. Why should that be so controversial?

Earning more money is a basic and obvious attraction for the elite clubs to form their very own Super League. The revenue generated in the latter stages of the Champions League is a pointer towards the kind of riches that could be available on a near-weekly basis if the big clubs got together.

The estimated revenue of the 2018/19 Champions League, for instance, was €3.25 billion, nearly as much as the money generated by La Liga (€3.4 billion excluding player sales) over the course of the whole season despite only having one-third the number of games (125 in the Champions League against 380 in La Liga).

The creation of a Super League would obviously provide a major boost to the finances of the competing clubs, which would in turn – theoretically at least – leave those institutions in a far stronger position to deal with unexpected crises such as another Coronavirus outbreak. So it’s easy to see how the current turmoil could encourage decision-makers across the continent to pursue the path which will yield the most profit. That’s just good business sense.

There is, however, another motivation which could be just as compelling in the current context for the elite clubs: taking back control.

At the moment, the super clubs are at the mercy of many external powers when it comes to making major decisions. National leagues and associations, fellow members of domestic leagues, UEFA and FIFA…they all have to be consulted before anything can be agreed, and in many cases they call the shots and dictate the terms. 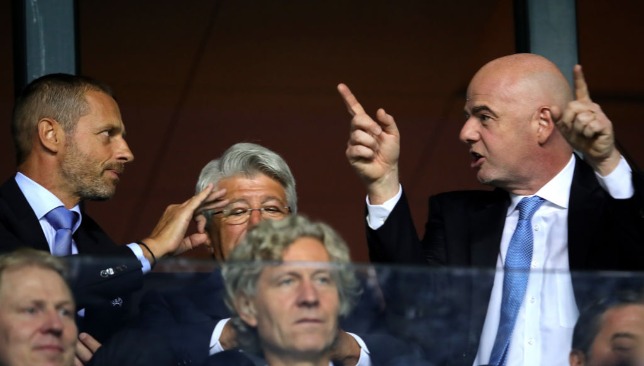 Reaching a decision to restart this season’s Champions League, for example, will require a delicate dance of cooperation between the five domestic leagues involved (La Liga, the Premier League, Serie A, the Bundesliga and Ligue 1), national governments, football associations and UEFA. The views of the competing clubs will be taken into account, but they will not necessarily be decisive because all the other competitions will also be considered. If Barca and Napoli found a mutually agreeable date to stage the second leg of their last 16 meeting, that might not necessarily matter – all the other stakeholders would also have to give their agreement before the game could be played.

In a Super League – independent from the domestic leagues and UEFA, with the member clubs answering only to each other – that would not be the case. The elite clubs would have the power to make their own decisions for their own benefit, without having to worry how it could affect Brest’s mid-table Ligue 1 trip to Strasbourg.

The next time an unpredictable crisis of climate or disease strikes, having that level of control would simplify life greatly for the biggest of clubs – and will be another point to peruse when plans for the future are hatched later this year.

Despite everything mentioned above, the creation of a European Super League is by no means inevitable for a number of reasons, both sporting and economic.

For starters, the amount of public hostility towards the plans would be difficult to overcome, and it will be almost impossible to reach a consensus among the leading lights that going alone is the best direction to follow – Bayern Munich chief executive Karl-Heinz Rummenigge, as just one example, is among those who believes that domestic leagues should continue to be the lifeblood even for the giants of the game.

Perhaps the greatest unknown, however, is the future of television rights once the ruptures caused by the Coronavirus have subsided. Some broadcasters have already announced their intention to withhold payments until normality has been restored, and that could well be a prelude for an insistence that contracts must be renegotiated downwards.

At the moment, nobody knows how the viewing habits of football fans or the spending habits of television advertisers will be affected by current circumstances. Maybe, if more games are played behind closed doors or fans are reluctant to spend two hours sitting shoulder to shoulder with strangers, watching the action on TV will be the only option, ratings will soar, and the value of broadcasting contracts will increase. 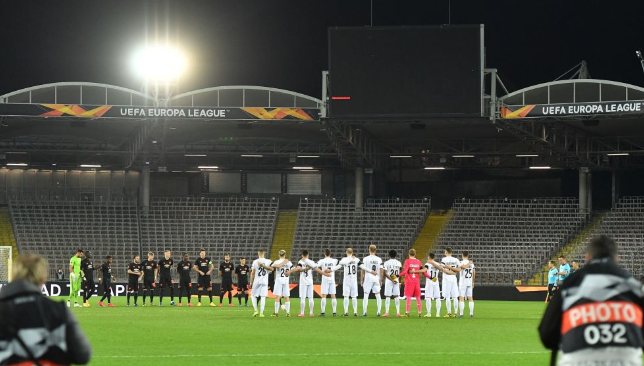 On the other hand, though, spending money on TV subscriptions could become a luxury that few people can afford amid a widespread economic crisis which has the potential to become the worst the world has seen in a century. In that case, Sky Sports, beIN, ESPN and the rest could shed subscribers by the millions, drastically reducing the sums they are prepared to offer for the rights to secure live football.

If the value of football decreases, the financial impetus for big clubs to go their own way could virtually disappear. Without TV companies being willing or able to pay for it, the Super League will never be created.

But, a few months from now, when the presidents of Europe’s elite clubs sit down together to add up their losses following a turbulent few months and confront an uncertain future, you know the thought will, at the very least, be passing through their minds. Mitigating risks and maximising profits are central tenets of any business; in the business of football, those impulses may lead to an inevitable conclusion.

COVID-19 will have many impacts upon society, and one of them could well be acting as the catalyst for the creation of a European Super League.