Gayle’s ability to clear the ropes came to the fore as Kings XI Punjab sealed a desperately needed win over Mumbai Indians with the help of two Super Overs. On the same day, Warner’s valiant innings of 47 nearly stole victory for Sunrisers Hyderabad before Lockie Ferguson rained on their parade via another Super Over.

A day earlier, a sensational 55 from de Villiers had clinched the most improbable of victories for Royal Challengers Bangalore as Jaydev Unadkat faced the music from the South African’s magic bat.

It’s no surprise really, as they are three of the most impactful overseas batsmen in the tournament’s history. Statistically, the trio have been the most prolific foreign batsmen in the competition with a staggering 14, 278 runs scored between them.

Their on-field success has been accompanied by immense off-field popularity, and the three stars have built a loyal legion of fans in cricket crazy India. While they are certainly the cream of the overseas crop, who among them can lay claim to being the all-time best?

On Sunday, Gayle showed what he does best by swatting aside Trent Boult for a huge six off the very first delivery of the Super Over. It set the tone for a comfortable Kings XI Punjab victory, after both teams had struggled to score boundaries in the previously tied set of Super Overs.

That maximum struck by the self-titled ‘Universe Boss’ was the 333rd of his IPL career, a tally which is 101 more than any other batsman in the competition’s history. He doesn’t possess the consistency of Warner and de Villiers, but no other batsman in the IPL has entertained crowds and audiences quite like Gayle.

What thee 41-year-old does have in his locker, though, are incredible highs which are beyond the capabilities of most batsmen in the business. His unbeaten 175 off just 66 deliveries against Pune Warriors in 2013 remains the highest individual score in the IPL, and the 30 balls it took to bring up his century is still the record low.

The West Indies veteran has had some disappointing campaigns in 11 previous seasons in the IPL, most noticeably in 2014. Despite that, his overall record in the IPL is as impressive as they come with an average of over 40 and a strike-rate above 150. A record six centuries in the competition is among the many accolades the Jamaican has collected.

The left-hander’s peak in the IPL can be narrowed down to 2011-13, when he scored over 2,000 runs over the course of three seasons at an average of nearly 64. The only negative mark in Gayle’s IPL report card is that he has failed to land the title, though he has finished with a runners-up medal three times for Bangalore.

His 38-ball 76 in the 2016 IPL final nearly pulled off a sensational run chase for RCB, before a late collapse handed Sunrisers Hyderabad the win. Now in his 40s, Gayle’s journeyman T20 career might be on its last legs, but the entertainer can take satisfaction from enthralling fans like no other in the IPL. 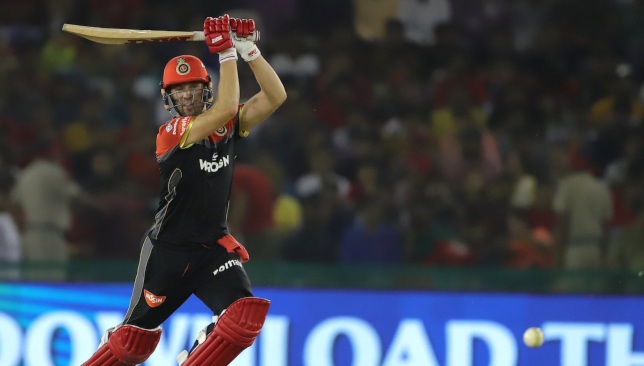 Gayle has stiff competition from AB de Villiers when it comes to being the most popular overseas player to represent RCB, with the South African churning out several match-winning displays since his move to the franchise in 2011.

The Proteas ace has donned several hats for Bangalore over the years, turning opener, finisher and wicketkeeper with equal aplomb. His star turn in RCB’s most recent win over Rajasthan Royals earned him his 23rd Man-of-the-Match award in the IPL. It is the most by any player in the competition’s history, although Gayle is a close second on 21.

What sets de Villiers apart from Gayle and Warner in this conversation is his ability to perform in pressure-cooker situations. The South African has time and again performed the hard task of finishing the innings with his wide range of 360 degree strokes. His numbers for a batsman who primarily comes in at No4 or 5 for Bangalore are formidable, as is his unwavering consistency in pulling off the astonishing.

His telepathic understanding with Virat Kohli has been a feature of his stay with RCB, as the duo have forged the most prolific batting partnership in the tournament. Like Gayle, the only blot on de Villiers is the lack of titles, yet that is more to do with RCB’s shortcomings with the ball. As an individual, there is no better match-winner in IPL history than the South African and he is the man you would want at the crease when a game is slipping away.

His sensational assault on compatriot Dale Steyn in 2012 remains one of the most defining moments of the IPL, and displayed his ability to seamlessly switch between orthodox and unorthodox batting. 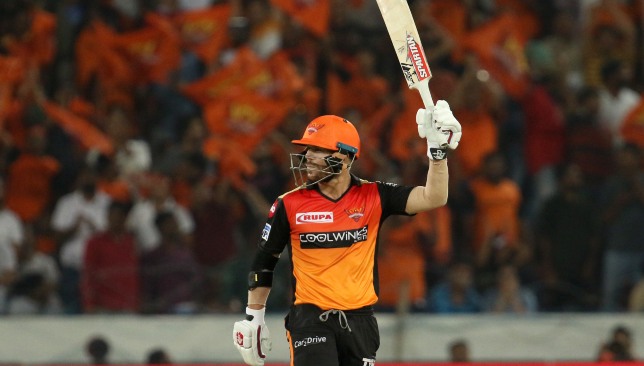 Few players are as divisive as David Warner in the international arena, but his relationship with the Sunrisers franchise and its fans is a remarkable tale. Hyderabad has embraced the controversial Australian as its own son and it is very easy to see why.

Warner has been the definition of a consummate professional for SRH since being drafted by the franchise in 2014, and has been more than just a prolific batsman. He has scored over 500 runs in every single IPL campaign for the team and is on course to do it once again in the UAE. Apart from being such a consistent performer, the Aussie has also scored full marks in the leadership department.

Elevated to the captaincy in 2015, Warner has always led from the front with his individual displays. He delivered for Hyderabad an IPL title in 2016 before leading the team to a runners-up finish in 2018.

On Sunday, the Australian became only the fourth batsman in IPL history to bring up 5,000 runs and the first overseas player to do so. The 135 innings taken by him to breach the milestone is the least among all four batsmen in the exclusive club.

De Villiers is consistent, though Warner takes it to a whole other level with the volume of runs he chalks up every single year. He does not match the explosiveness of either de Villiers or Gayle, but a career IPL strike-rate of over 140 is nothing to be scoffed at.

His numbers in competition could have been even better if he didn’t have to give the 2018 edition a miss due to the ball-tampering sage. It speaks volumes about his value to SRH that Warner has been handed back the captaincy reins for the ongoing edition.

All three batsmen in this debate have a rightful claim to be the best ever, but Warner’s tangible contributions to titles, both as a player and a skipper, give him the decisive edge.

In fact, the southpaw has a good shout at being the most successful batsman overall, and not just as an overseas professional, in the IPL