As he sits on the verge of becoming only the fourth pacer in history to breach the 500-wicket barrier in Tests, Stuart Broad finds himself with the prospect of missing a first home Test appearance in eight years.

With England reportedly pondering unleashing the pace duo of Jofra Archer and Mark Wood on the West Indies, Broad’s seasoned pairing with James Anderson is likely to be broken. It was against the Windies in 2012 that Broad was last omitted for a Test on England soil, and history could repeat itself when the two teams take the field at the Ageas Bowl on Wednesday.

That Broad will get his milestone is inevitable really, especially with England playing six Tests in quick succession against West Indies and Pakistan. Although the impression one gets is that of Broad largely playing secondary foil to Anderson’s exploits, they have a similar strike-rate of approximately 57 after 289 Tests between them.

It has now always been the smoothest rides in an England shirt for a man who recently turned 34, with a near 14-year long senior career punctuated between several highs along with a few lows. He will not be placed in the elite category of Test pacers which includes the Glenn McGraths, the Richard Hadlees and the Dale Steyns, though his career numbers have justified a position in a tier just below them.

As a man who is adored by England fans as equally as he is hated in Australia, Broad’s career is remarkable. As England mull their pace options for the three-Test series against the West Indies, we take a look back at how Broad’s Test fortunes have progressed over the years.

A TOUGH BAPTISM BY FIRE

When he made his England Test debut in Colombo towards the end of 2007, Broad had already suffered the ignominy of being smacked for six sixes in an over by Yuvraj Singh in the inaugural T20I World Cup in South Africa. To Broad’s credit, he did not get cowered down by the stunning assault from the Indian despite being a rookie at the time.

Redemption didn’t really come early for the seamer in the Test format and he picked up the solitary wicket of Chaminda Vaas by being taken for 95 runs in his Colombo bow. The following year wasn’t exactly kind to his fortunes either, with nine Tests yielding a return of only 25 wickets for the Englishman.

It was only in 2009 when things started to turn around for Broad, and a maiden five-for arrived in Sabina Park against the West Indies. That showing proved to be the spark that the seamer needed, with the home Ashes series against Australia in the same year seeing him take another step-up. Despite starting the series poorly against England’s arch-rivals, Broad finished the year on a high by bagging successive five-wicket hauls in Headingley and London.

Despite those notable displays in 2009, the early part of Broad’s career did not really see his Test qualities come to the fore. He was, at the time, an all-format bowler for England and his best for the national team largely came in the coloured kits instead of whites. 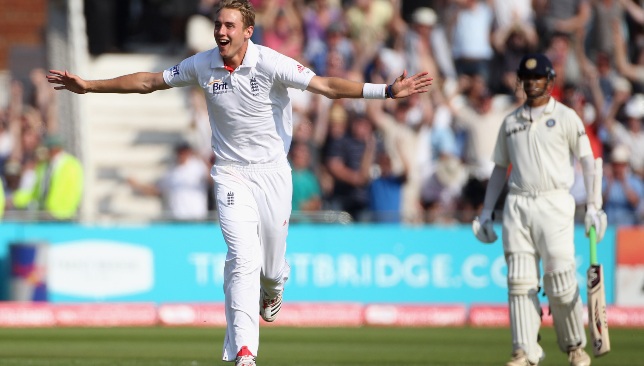 2011 started dismally for Broad with a poor home series against Sri Lanka, but he turned it around in style when India came calling to England in the summer. An eight-wicket match haul against the Indians at his home ground in Trent Bridge included a first hat-trick of his career. It was followed by six more wickets in Edgbaston, as England completed an emphatic 4-0 series clean sweep over the hapless visitors.

Broad grabbed as many as 25 wickets while helping himself to the man-of-the-series award. That series turned out to be the watershed moment of his Test career, with the England seamer going from strength to strength in the years to follow. A reduction in his limited-overs workload helped Broad further bolster his red-ball fortunes and 2013 would see him claim his maiden 10-wicket match haul in a Lord’s clash against the West Indies.

2014 also saw him surpass the 50-wicket barrier for the first time in a calendar year, with 62 wickets coming in 14 appearances. In the same year, he claimed his second Test career hat-trick against Sri Lanka in Headingley to propel his stardom even further. 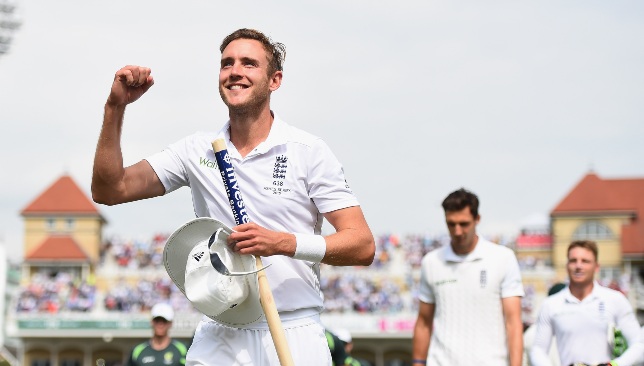 At a time when his limited-overs career was on its last legs, Broad’s Test fortunes touched its zenith. He made just three appearances for England in a dismal 2011 World Cup campaign, but he was clearly saving his best for the summer Ashes series against Australia.

In a sublime spell of seam bowling in the familiar surroundings of Trent Bridge, Broad dismantled Australia for a score of just 60 runs with a career-best showing of 8-15. This devastating display was almost replicated in South Africa a few months later, with Broad claiming 6-17 in Johannesburg to bundle out the Proteas for just 83 runs.

In 2015 and 2016 alone, Broad accounted for 104 Test scalps at an average of 25. Only India’s Ravichandran Ashwin (134) picked up more wickets than the Englishman during this period. Other notable displays for Broad during the same span included the 2015 home series against New Zealand, where he claimed 13 wickets across two Tests.

This was the phase which saw Broad transition to a full-time Test specialist for England, with his final ODI appearance coming in February 2016.

A CHASTENING ASHES DOWN UNDER AND SUBSEQUENT RESURGENCE 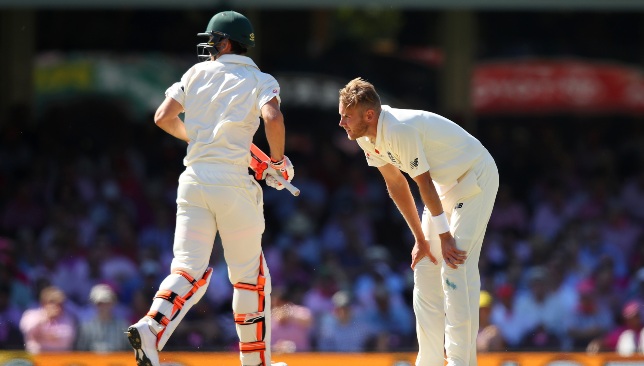 The highs of 2015-16 were followed by a disastrous Ashes tour of Australia in 2017. His performances were severely criticised as the hosts ran rampant to claim a crushing 4-0 series victory. On his part, Broad was able to claim only 11 wickets in the five Tests at a horrendous average of nearly 48.

While Broad did make amends on the subsequent tour of New Zealand, he didn’t exactly set the world alight against India in 2018 despite enjoying the comforts of home. Although England did complete an impressive 4-1 win over the No1 ranked team, Broad was off-colour and outbowled by Anderson, Chris Woakes, Moeen Ali and Sam Curran.

However, just when it looked like the England stalwart was fading away, he bounced back with a vengeance in the 2019 Ashes series against Australia. Tormenting David Warner no end in the five matches, Broad dismissed the Australian opener seven times across the 10 innings. A fine hand by the pacer in the year-end tour of South Africa showed there is still plenty left in the tank for the 34-year-old, and he will want to maintain this intensity in upcoming battles against Windies and Pakistan.