Wisden Trophy 2020: Pace is the key for Jason Holder’s West Indies as they look to spring a surprise in England

As international cricket returns after a three-month long hiatus, a massive challenge lies ahead of the West Indies at the Ageas Bowl in Southampton. Although the men from the Caribbean enter the three-match Test series as the current holders of the Wisden Trophy, their record in England over the last three decades has been shambolic.

It was all the way back in 1988 that the Windies recorded a series win on English soil and they are currently on a dismal streak of six straight series losses in the country. With a current ICC Test ranking of eight compared to the No4 slot held by England, an uphill task awaits Jason Holder and his men on the tour.

Amid the doom and gloom for the once mighty West Indies, there are also reasons to be optimistic. Rustiness induced by the long break could be a great leveller for both sides, while Joe Root’s absence for the opening Test should come as a boost for the visitors as well. However, the biggest trump card in the Windies deck is undoubtedly their rising prowess in the pace department.

The batting might still bear an unconvincing look and the lack of consistency in the department is a huge concern. As a pace unit, however, West Indies have been making all the right noises in the last two years or so. It might still be a far cry from the legendary pace quartet of Andy Roberts, Michael Holding, Colin Croft and Joel Garner, but the visitors have ample ammunition in their pace department to ruffle a few feathers in England.

Leader, talisman, a prolific pacer and gritty lower-order batsman: The No1 ranked Test all-rounder dons several hats for this West Indies side. Though he is clearly a man of enviable talent, it is his bowling which has majorly responsible for Jason Holder’s meteoric rise in cricket.

He might not possess the searing pace of some of his peers, but the steep bounce generated from a six feet seven inches frame is enough to unsettle any batsman in the world. Since the turn of 2018, no bowler including the No1 ranked Pat Cummins has managed to average as low as Holder.

In 11 Tests during this period, the Windies skipper has accounted for 53 scalps at a sensational average of just 14.22. With a wicket every 34 deliveries in the same span, Holder is also striking more often than any other bowler since the beginning of 2018.

He will need to rely more on movement than bounce when in England, but the tall Barbados-born all-rounder definitely has it in his arsenal to adapt and improvise. He claimed 13 wickets in two Tests against the English in the series won by West Indies at home last year. 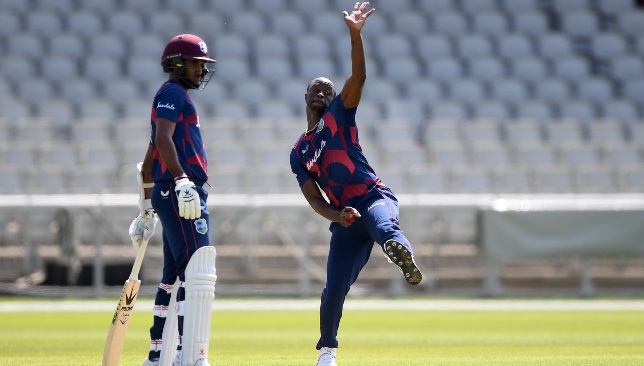 After being touted highly during his baby steps in international cricket, Kemar Roach seemed to have gone off the boil after a serious ankle injury. However, a superb renaissance over the last three years has seen the pacer transition into the leader of a formidable pace attack.

Roach has been particularly impressive since the turn of 2018, with his tally of 46 wickets coming at an average of less than 20. He will also have fond memories of the last time he faced England in the Caribbean, after grabbing 18 wickets in the 2-1 series win for the home side.

He has plenty of pace in his locker along with a natural outswinger and these are assets that could see him thrive in English conditions if he gets his lengths right. A seasoned professional at 32, Roach is at his peak as a fast bowler and will need to strike when the iron is hot if the Windies are to have a real shot. 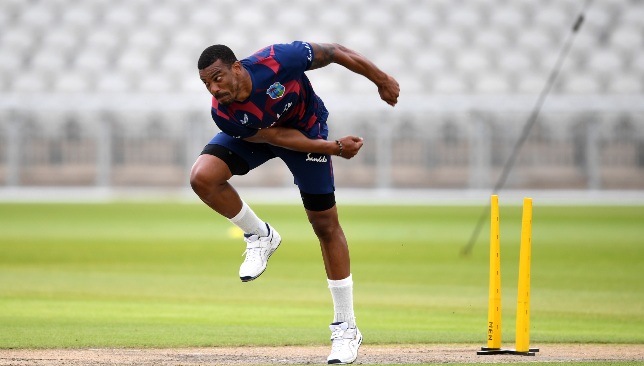 The defining image of Shannon Gabriel’s West Indies career remains his rash dismissal at the hands of Yasir Shah of Pakistan in 2017. That rush of blood to the head from Gabriel robbed Windies of what would have been a memorable series win over the subcontinent opposition.

Although it might be impossible to wipe off the stain of that incident for Gabriel, he has let his bowling do most of the talking in the three years since. 71 wickets across 2017 and 2018 were handsome returns for the Trinidad man whose last 13 Tests have yielded 50 scalps.

He wasn’t at his best in 2019 with just 13 wickets to show for, but he will be itching to rediscover his rhythm on English shores. He bowls a hard ball and will do well to stifle the England batsmen for room in the series. Having just recovered from an injury niggle, Gabriel will hope to hit the ground running quickly if the West Indies are to have a real shot. 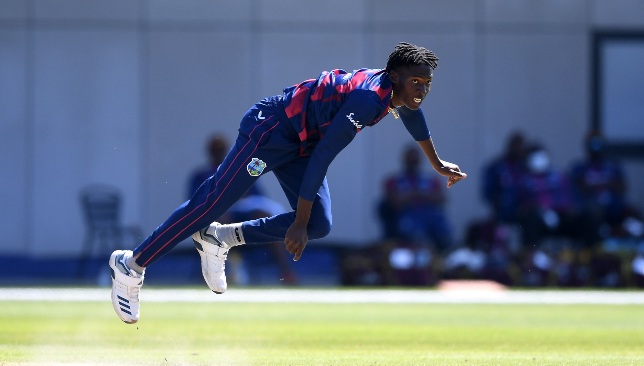 While the three aforementioned stalwarts are expected to fly the Windies pace flag high in England, the visitors also have a couple of wild cards up their sleeves. In 22-year-old former sprinter Chemar Holder, they have an unknown quantity who could surprise the hosts with his youthful energy. The youngster was part of the Windies squad which lifted the 2016 ICC U19 World Cup and his raw pace could earn him a maiden senior cap in the upcoming series.

Young Holder is joined in the squad by his former U19 team-mate Alzarri Joseph. The 23-year-old has previously made nine Test appearances for the country, although he has failed to really earn his bread in the format. However, some impressive limited-overs displays of late for West Indies and in the IPL have shown enough for the Windies to persist with Joseph.

Both Holder and Joseph can hit the high 140kmph speeds with the ball and they definitely have the potential to spring a surprise in England if given the opportunity. It is highly likely that at least one of them will be unleashed against the hosts at some point in the three-match series.

England’s pace riches, on the other hand, are substantial with the evergreen James Anderson leading the line with his favourite Duke ball. The presence of the highly experienced Stuart Broad and Windies-born pace ace Jofra Archer will mean that the visitors will have to bat out of their skins. Yet, they can take some comfort and confidence from a promising pace attack of their own and one which could match England’s on their day.