Yes there are plans for the former undisputed heavyweight champion of the world to suit up for a possible comeback, although, no opponent has yet to be named.

Pro wrestling star Chris Jericho, however, might just take up that offer as Tyson waits for his boxing foe.

Talking to ESPN, Jericho (real life Christopher Irvine) is embroiled in a storyline feud with Tyson in All Elite Wrestling and the transcendent wrestler is offering to take on the “Baddest Man on the Planet” in either a wrestling or boxing match.

“Obviously, the idea is to do something more. That’s the thought process, I think between both parties. What that is at this moment, we’re thinking and discussing,” said Jericho. “Look, Chris Jericho versus Mike Tyson in a wrestling match, in a street fight, in a boxing match, would be big.”

The two began their feud at the Double or Nothing pay-per-view on May 23 then escalated further during AEW’s Wednesday Night Dynamite on TNT that saw Tyson and his crew, that included former UFC champions Henry Cejudo, Vitor Belfort, and Rashad Evans, brawl with Jericho’s Inner Circle.

Jericho, who’s also the frontman of the band Fozzy, admitted that he’s nowhere near the combat prowess of Tyson, who reigned as undisputed champion from 1987 to 1989, but he said he can adjust to what Iron Mike wants to do.

“I’m not Mike Tyson. I’m not 1/1,000th of Mike Tyson, but I’ve been boxing for six years. I know how to box. I could win fights on my own against people of my skill level,”

Tests are rightly considered to be the pinnacle of cricket, with no other format so rigorously examining the technique and fundamentals of a player.

Each session across the five days presents a unique challenge for the teams on hand and the changing conditions over the course of the Test only serves to heighten the tension.

Barring a few exceptions, it is generally observed that batting gets tougher as a Test progresses. Deteriorating pitches always tend to favour the bowlers, with the roughs and footmarks becoming a nightmare for batsmen.

Batting last in a five-day clash is perhaps the true test of a batsman’s credentials. Statistically, the averages of several greats like Sachin Tendulkar and Brian Lara have dropped significantly in the fourth innings.

On the contrary, there are some batsmen who revel in the scenario and are able to raise their levels in the final innings…

Among the batsmen to have scored a minimum of 1,000 runs in the fourth innings, none have averaged more than Geoffrey Boycott. As stubborn a character off the pitch as he was with the bat in hand, the former England great was notorious for his ability to grind down bowling attacks.

While his overall Test career average stood at a very respectable 47.72, Boycott was even harder to dislodge in the fourth innings. Some of his most memorable displays came in the final innings, including three of his 22 Test tons.

Two of those centuries were scored at Lord’s against West Indies and Australia, while the third one was registered against Pakistan in Hyderabad. The opening batsman also managed to remain unbeaten in 13 of his 34 outings in the fourth innings. 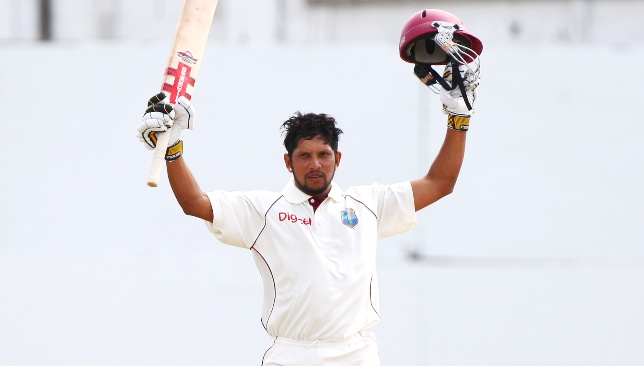 LOS ANGELES—Manny Jacinto, who proudly declares himself unapologetically Asian—and Filipino—goes from his well-received performance in “The Good Place” to starring opposite Nicole Kidman and Melissa McCarthy in a new TV series, and Tom Cruise in “Top Gun: Maverick.”

The actor, whose jawline has inspired many swooning comments, even in the New York Times, will play Yao, described as a “man-kid,” opposite Nicole’s Masha, who runs a boutique wellness resort, in Hulu’s “Nine Perfect Strangers.”

Manny’s new show is an adaptation of the novel of the same name by Liane Moriarty, who also wrote the book that was the basis for Nicole’s “Big Little Lies.”

In December, the Philippine-born Manny, who gained a following as the endea­ring Jason Mendoza in “The Good Place,” will have his big-screen breakthrough in “Top Gun: Maverick,” Tom Cruise’s much-awaited sequel to 1986’s “Top Gun.”

Manny’s good performance, as a Buddhist monk who turns out to be an aspiring DJ-dancer, alongside Kristen Bell and Ted Danson in “The Good Place,” is almost overshadowed by the fawning for his jawline.

Glamour devoted a whole piece to his cheekbones’ appearance with Jane Fonda in a protest on the government’s inaction on climate change in Washington, D.C. last November. Jenny Singer wrote, “The appearance of the Internet’s Newest Boyfriend in circumstances that were somehow do-gooder, subversive, and literally wet has been too much for most. ‘Manny Jacinto’s jawline for president,’ one Twitter user wrote. ‘How does his face just do that?’ others asked.”

Not to be outdone, Syfy Wire’s Courtney Enlow gushed, “First, let’s start with the shallow bit: our boy’s handsome af. I mean, look at Manny damn Jacinto. He could slice cheese with his jaw. His eyes cut through to your very soul.”

All this talk about his cheekbones makes him